Bravely battling my cold, & a touching experience at Confession... 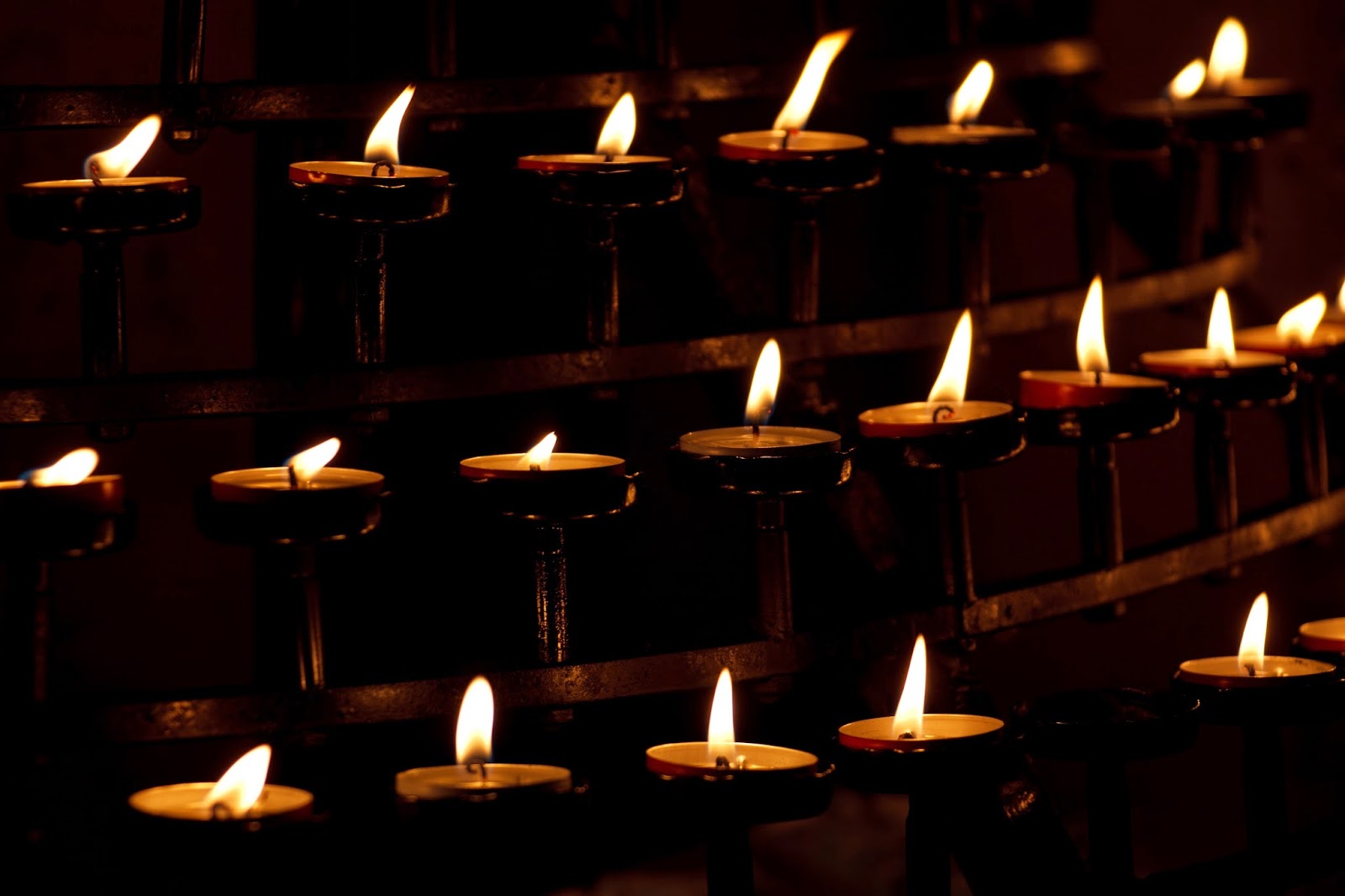 Good day to you all. *weak smile* I appear to be in the full throes of this cold, but I'm focusing on the fact that I am super grateful to not have the flu. I'm feeling very run down and stuffy, and my voice is taking on that husky quality that my husband finds very appealing (*snorts*), so I'm hoping to make it thorough my work day unscathed, especially since I had to teach this morning. That went well, but I am DRAGGING. I had to turn my Introvert Who Needs To Act Like An Extrovert Energy Meter over to "Mega Watt!" so that I wouldn't wilt mid-class. It worked, but I'm feeling the aftereffects. Thankfully, my adorable Mike made dinner before he went to teach, so all I have to do is pop it into the oven when I get home.

But today is Tuesday, which is the day that Confession is held at one of the parishes near our house, the parish affiliated with Henry's school, actually. And when I go to Confession, this is usually the session that I stop in for. At our home parish, Confession is offered on Saturdays and it just rarely works with whatever we have going on that day. Tuesday afternoon I can stop on my way home from work. And it's Lent. So I have confession on my mind.

Thus, I was thinking about the last time I stopped off for Confession, I think it was in December. I really wish my little Confession app kept track of the last date I attended, I don't think it does that?! IT NEEDS TO DO THAT. But I may be doing something wrong, wouldn't be the first time. ;-)

At any rate, I step into the church, dip my fingers into the holy water font, and as I go to cross myself...I see a large line positively *snaking* back from the confessional. And I, in selfish fashion, heave a long suffering sigh. I'm feeling rushy because I want to get home to Mike and the kids and was hoping for no line. But the last time I had tried to go to confession it had been cancelled, and so I really wanted to get in before Advent was over. So I tiptoed my way to the back of the line.

And there I waited. :) I waited so long that I actually started a rosary to use up some of the time. A few people ahead of me was an older man. When he came out of the confessional, hope sprung in my heart because then I was only a few spots away from having it be my turn. He made his way slightly behind where I was standing and knelt in a pew. Suddenly...

I could hear him talking. To God. :) And I hope that he doesn't mind me reproducing this here, but since he is a total stranger to me, and I don't even remember what he looks like, he couldn't possibly be more anonymous, so I think he would be OK with it. :) I wasn't eavesdropping; he was speaking audibly, and what I heard touched me so deeply:

"Lord, I'm trying not to sin. But please take the temptation away, Lord. You know I don't want to sin, but it's so difficult when I'm tempted."

I don't know (thankfully, because that's just between him and God) what exactly he was referring to, but it matters not. It could apply to pretty much anything, and let's just be honest: any one of us could be having this exact same discussion with God about a sin that we struggle with. I was just so moved by the honesty and vulnerability in his approach to prayer.

And thus I felt quite humbled when it was my turn to go into the confessional. Why was I in such a rush?  My focus was all wrong. Indeed, as my Confession experience was wrapping up, the priest reminded me to share my struggles with God and to just "talk to Him sometimes, like you would a friend." I thought of that older man again, and I have kept his example in my heart since that day.

I don't know that I'm going to end up stopping off at Confession again today (feeling pretty run down) but I will one Tuesday prior to Holy Week, for certain. And I'll think about my fellow penitent each time I go.

Have you ever felt particularly moved at Confession? Do share (with however much or little detail you feel comfortable with, of course) in the comments. :)

It's book club day tomorrow! The post won't be out until the afternoon since I'll be home with Anne and I need to blog when she naps. But I'm so excited to talk about this month's book!
Posted by Tiffany at 3:24 PM