Read and Stitch: A mystery set in Amish country & a mystery shawl revealed! 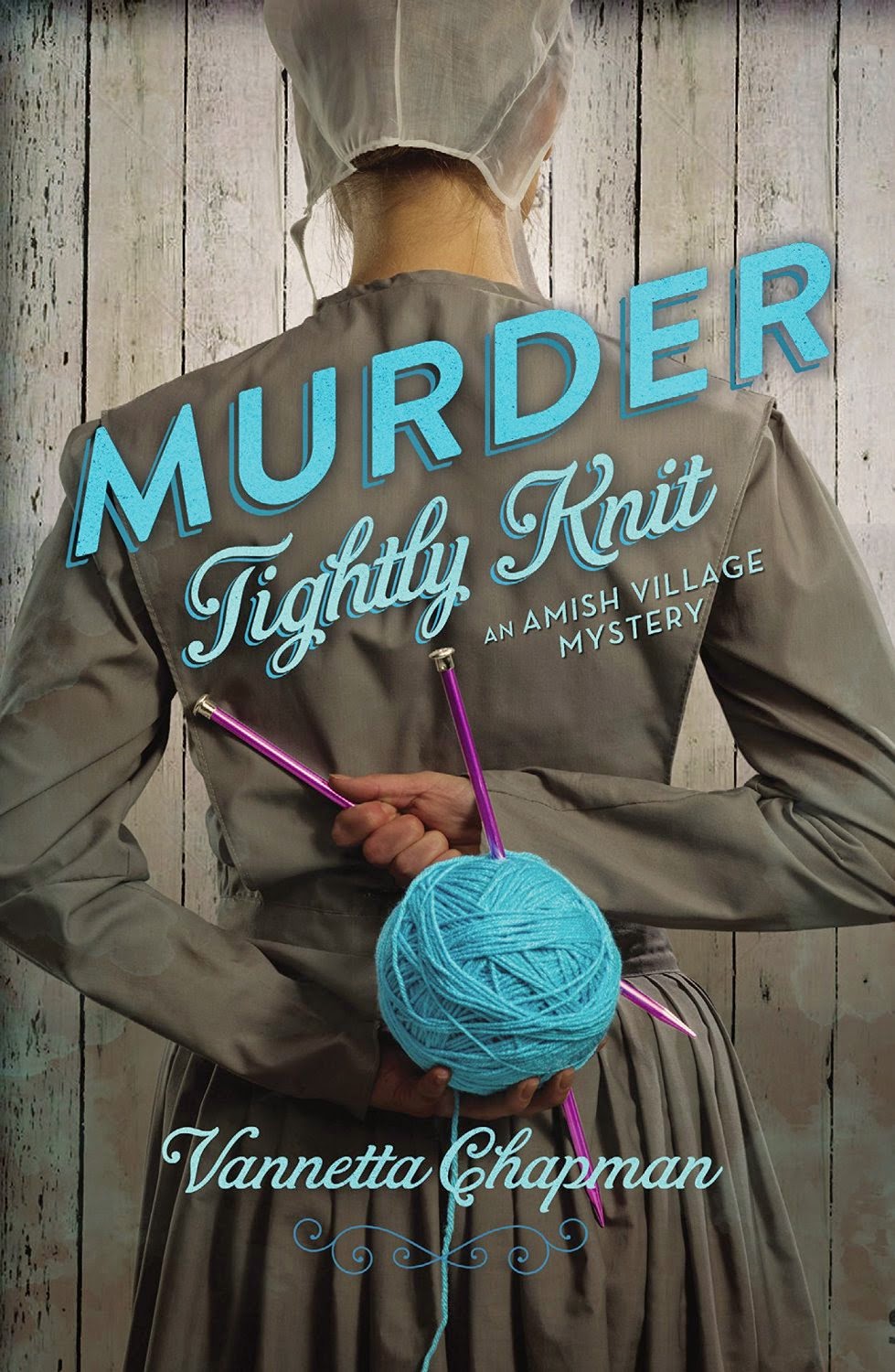 Afternoon all, I'm reporting in from the sick bay. Poor Mike has what appears to be the flu, and there was no way he was going to be able to manage Anne today on his own (let alone teach), so I stayed home to nurture everybody. I felt terrible for him, but I couldn't help discreetly edging away from him in bed last night as he hacked and shivered pathetically. Germs, stay away!

But I still wanted to check in with another Read and Stitch installment. These posts have been fun so far, and I'm hoping to keep them going every couple of months. This month I read Murder Tightly Knit, by Vanetta Chapman.

Ok, so Murder Tightly Knit. This is Book 2 in the Amish Village Mystery series. I did not read the first book in the series, which is Murder Simply Brewed, but I do think the books stand alone. I chose this one because of the knitting title, but the connecting theme within the series is this Village of affiliated shops, set in Amish country Indiana. Hence, the first book featured the woman who manages the Village coffee shop, and this book features the yarn shop. Or, at least, that's what I *thought.* :) One of the characters in the story does indeed work in the yarn shop, but the main character is a non-Amish woman named Amber who manages the entire Village. We as the reader aren't in the yarn shop all that much. I was a little disappointed by that, but this is a sweet story nonetheless.

The action centers around the murder of a young man in the local Amish community, one who had left and recently come back to the fold. He's been in contact with Mary, the woman from the yarn shop, and she seems to be a conduit of sorts with members who have left the community. Mary seems jumpy and like she knows something, and the reader is given a glimpse that the killer is (or at least dresses like) an Amish man. Intriguing, yes?

The characters in this book are likeable. I mentioned Mary and Amber, and we have Amber's husband Tate, Hannah from the coffee shop, plus some co-workers in the Village who provide comic relief and other development of the story. I loved the setting and definitely am thinking about reading the other books in the series.

I will say that it felt like it took me a long time to get through the story. Sometimes that happens when a book, while I like it, doesn't fully grab me. So, there's that. But I liked this book and would consider others in the series. Vanetta Chapman writes a lot of Amish fiction. Has anybody read this or other of her books?

As for me and my knitting, my Mystery Knit-along Downton Abbey shawl is one clue away from being complete. So far we have, ta da! 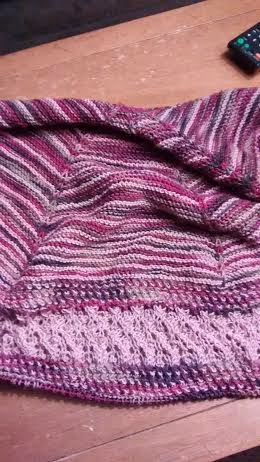 Not the greatest picture, but this was in the late evening after struggling with that lace chart so I wasn't exactly feeling up to a big photoshoot. ;-) Speaking of the lace, let's just say that mine is a little...unique. I'm going with "customized," let's never speak of it again. :0 Suffice it to say that when 350 stitches worth of yarn overs and decreases are on your needles and you discover a mistake from the previous row...yeah, I'm not going back. Life is too short.

I also started that wool stash busting afghan that I mentioned, in fall/forest colors: 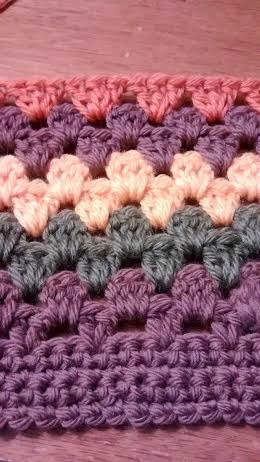 I like it! I discovered a mistake in the pattern, this did not make for a happy Catholic Librarian, even when she's drinking wine. But all is well now and I like how it's coming out. The brown will be consistent throughout, but the pairs of contrasting colors will all be different, albeit within the same colorway theme. Or so I tell myself. It doesn't matter, I'll be warm. :0

Any other crafters out there? What's on your needles, do tell?!
Posted by Tiffany at 3:16 PM