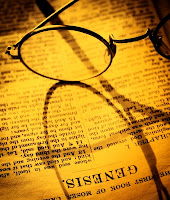 For today's post, I'm very pleased to bring in guest author (my sister!) Shauna'h. :) This is the first part in a series addressing ongoing formation and the role of catechesis in our lives as Catholics. Catholics don't usually call instruction in Catholic doctrine, sacraments and Scripture "Sunday School." Our term for childhood instruction is CCD, or I used to call it "church school," and in fact it was on Tuesdays rather than Sundays, interestingly. (RCIA, the Rite of Christian Initiation for Adults, will not be covered in this post). CCD refers to the Confraternity of Christian Doctrine, an association established by the Church in 1562 to oversee religious instruction and the sacraments of Reconciliation, Holy Communion and Confirmation.

Any cradle Catholic will have memories of their CCD classes I'm certain, whether they be good or bad. And I think that an important thing to bear in mind is that even cradle Catholics need *ongoing* instruction in their faith. It is simply not possible to know everything there is to know about the Catholic Church, good qualities and painful history, and we always need to keep learning.

Shauna'h wanted to present a brief history of her childhood faith experiences, her doubts as a young adult, and then her reversion in adulthood back to the faith of her youth. The thread weaving this all together is catechesis. Her young faith was formed by it, and it was in teaching CCD as an adult that she came to a fuller and renewed appreciation for her faith. Her teaching was her very own ongoing formation. And so without further ado, here is the first part of Shauna'h's story:

A love for education has been a common thread weaving through my life, and that extended to my faith experiences, including catechism, in my younger years. By the time I was receiving my First Communion, my mother had come back to her Catholic roots, and my youth is infused with happy memories of saying rosaries as a family, attending weekly Mass, and knowing more than my catechist by virtue of attending a weekly prayer group with my extended family. I was a precocious child, and I loved being able to answer questions that not even my teacher could, at times.

I enjoyed attending CCD, for the most part. As I got older I saw it as more of a hassle, naturally, but overall it was a very positive experience for me. I even helped teach one year when the Sisters of the Sacred Heart of Jesus at our small, Native American parish were short staffed and needed some coverage for a couple of youngsters who would be receiving the sacrament of Holy Eucharist. I guess what I’m trying to say is, I was kind of a catechism all-star. And so humble, too.

There came a time in my early 20s when I felt very removed from my faith. I found myself questioning the basic tenets of religion itself, not just Catholicism. I stopped attending Mass regularly, and I wrestled with whether or not I even believed in a higher power or the afterlife. In retrospect, I was experiencing what I feel was a healthy exploration of my faith as an adult, without the influence of my parents, but at the time I couldn’t shake my doubts or realize just how much I missed believing.

A few years later my husband and I moved to North Carolina, a bastion of Protestantism. There were only a couple churches within convenient driving distance to us, a stark change from the plethora of churches in western New York, where I grew up. I went to Mass once when my parents were visiting, but didn’t feel a strong calling to that particular church. It felt cold to me, as it was lacking in the gorgeous stained glass and statues I loved in the strongly traditional Catholic churches of my youth. So, I didn’t go back. The following year I felt called to attend Ash Wednesday Mass, and the only convenient evening Mass was at that same church, St. Therese. I talked my husband into attending with me, and off we trekked.

We got there late, and the place was packed. I hadn’t noticed before, but this was a dual language Mass incorporating the substantial Spanish-speaking contingent of parishioners, so it drew a large crowd. We got stuck sitting on folding chairs in the narthex, so I felt very removed from the Mass. I left feeling a small sense of enjoyment, however. It had felt right to be back at Mass again. So the following Sunday I told my husband I wanted to go to Mass. And then the Sunday after that.

I continued to go to Mass faithfully each Sunday throughout Lent. I hadn’t been to confession in probably at least a year at that point, so I abstained from receiving the Eucharist. I mulled over whether or not I wanted to make that leap into the sacraments again.

And then something wonderful happened. One week during Lent, as I sat watching the Eucharist be distributed, the church choir began to sing “Amazing Grace.” I love music and have always been an enthusiastic participant in church, so I sang along.

Amazing Grace, how sweet the sound
That saved a wretch like me.
I once was lost, but now am found,
Was blind but now I see.

By the time I got to the last line in the first verse I became choked up. A wave of emotion fell upon me, and I was horrified to note that tears had quickly welled in my eyes. I quickly brushed them away, but couldn’t shake the strong feelings associated with them. I felt the Holy Spirit move in me that day, and from that moment on I knew I wanted to grow back into my faith. I still wrestled with doubts, but I wanted to confront them head on.

That summer, firmly and happily ensconced in my faith reversion, I debated becoming more involved in my new parish. I had come to love its beautiful simplicity and more modern music. The community was very friendly, as being Catholic in the South draws people together. While reading the church bulletin, I noticed that Faith Formation was starting up soon, and they were in desperate need for catechists.

I hold a Master’s degree in secondary education, but had abandoned my pursuit of becoming a schoolteacher in favor of a different career path. My love of teaching remained, however, and I saw this as a way to combine several passions.

I was nervous, though. I had only recently come back to my faith; was I really ready to shape young minds on the topic? How much of a time commitment would this be? Was this really the right vocation for me? Shouldn’t I just look into becoming a Eucharistic Minister, or something?

I stopped by the Faith Formation office one afternoon after work and spoke with the office manager. She practically threw her arms around me in glee when I specifically cited interest in teaching the middle school grades, as those are the hardest for them to fill. I loved teaching that age, so I was thrilled. I told her I was interested but wasn’t ready to officially commit yet. She gave me the 7th grade textbook and told me to take my time, to “go home and pray about it. God will show you if it’s the right path for you.”

As soon as I began flipping through the text I was hooked. At my parish, students receive the Sacrament of Confirmation in 8th grade, so 7th grade is an important preparatory year for them to begin exploring more adult topics and questions of faith. I signed up to begin teaching the following month.

In Part II, I’ll talk about how becoming a catechist brought me closer to my faith than I thought possible, while drawing me into the parish community.

*Photo courtesy of Janaka Dharmasena at FreeDigitalPhotos.net
Posted by Tiffany at 10:53 AM