Fun spring knitting, and what's that in the garbage can? Oh. Winter knitting gone horribly awry :0

Good day to you all, and as you can see from the title, I decided to pen a light crafting post for today. It's my first day back at work since the Triduum began, and I'm feeling a little blue. I need a pick-me-up! And I always enjoy writing these posts.

So, what have I been working on craft-wise in recent weeks? Things that are springy, to be sure. I used the basic egg pattern from Easter Knits to make this fetching little guy for Anne: 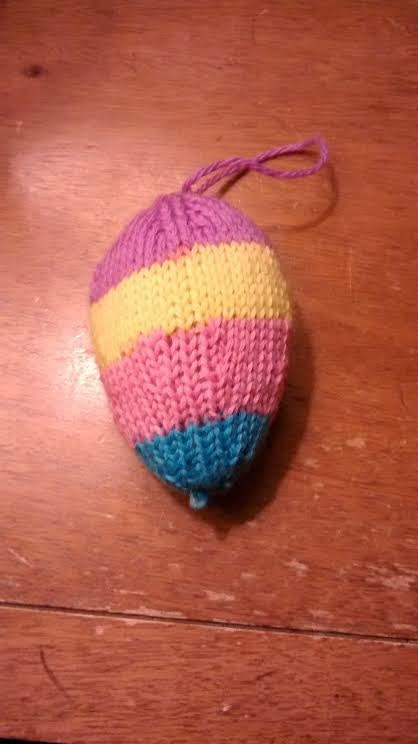 Anne has named him "eggy." :) There are some lovely Fair Isle egg patterns in that book, but I was low on time and went the easy, self-striping route. ;-) Anne also received her much demanded penguin: 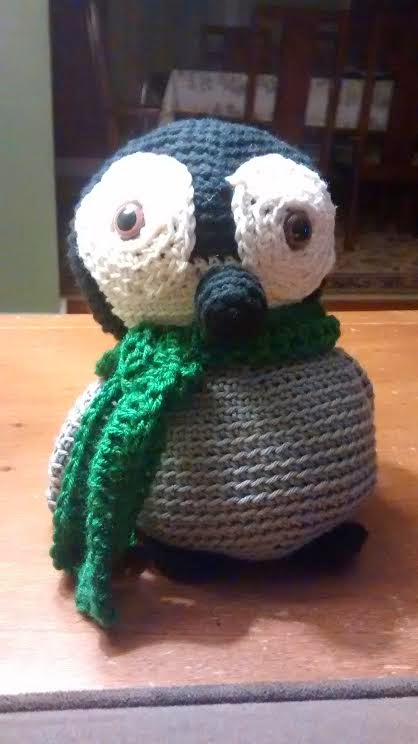 He's a baby Emperor penguin, hence the gray body. And I gave him a scarf to hide a slightly wonky neck, don't want him getting a complex. ;-) Anne loves him: 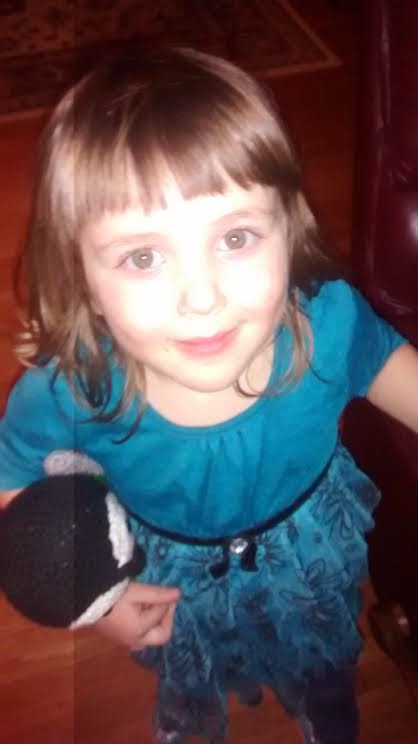 He's already showing signs of giving in to his wonky neck, he's been cuddled and squashed so much. I'm thinking of performing a little surgery and giving him some more stuffing, but Anne expresses much trauma whenever I mention this, and she sleeps with him every night, so no hope of me doing this on the sly. That remains an option though, we'll see how he holds up. The important thing is that she loves him.

Henry has requested a stuffed alien from that same pattern book, which is this one by the way: 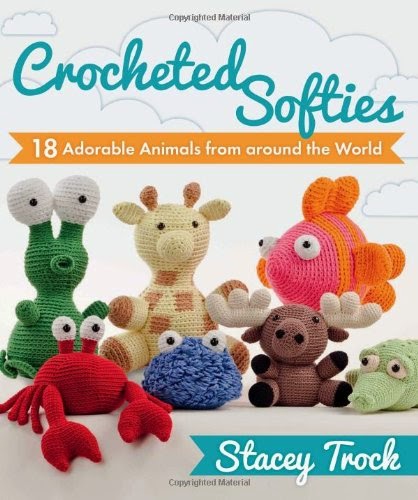 I'm hoping to get to him this spring as well. Henry also loves handknit socks, and I have a pair for him in the queue, as soon as I finish the Easter pair I'm working on for myself: 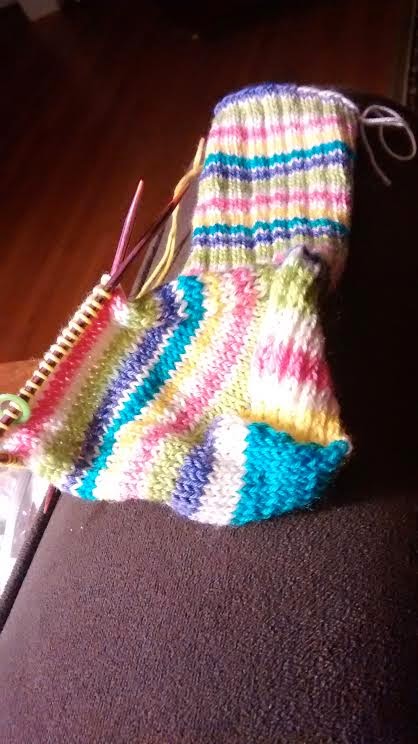 I love self-striping sock yarn, as does Henry. :) This is a specifically Easter colorway, Henry's is called Gingerbread, so obviously leftover from Christmas, but this bothers him not in the least. He's such a good boy, and truly appreciates his knit socks.

So, those are all the GOOD crafting things I've had going on. :) There has been one unfortunate project leftover from the winter, and well... Let's just say that that one went so badly, I don't even have any photographic evidence of it, that's how much I hated it. :0 I rather wish I had saved the photos I took, because they would have provided endless amusement at this point for both you and I, but I was so traumatized I deleted the entire project from my Ravelry gallery, and so my Sunset Cardigan is lost to history.

*everyone breathes a sigh of relief*

This was one of those projects that I felt duty bound to knit because during a sale, I had bought some unfortunate yarn that I later regretted. Has this ever happened to you?

"Oh wow, what a great price on a high quality fiber! The color isn't really something I'd usually pick, but it's very...eclectic! It's different, and I like it. And the price is amazing! I really should buy this."

So I do. And then it sits in my yarn stash. And it sits some more. When the year point rolls around, it glares at me each time I dip into my worsted weight wool bin and don't pick it up. I think to myself that I just need to find the perfect pattern for it, given it's eclectic nature, and it sits some more.

Finally, I make the decision that this yarn has to go. Far too stubbon to try and list it for sale on Ravelry, I find a simple cap sleeved cardigan pattern and get to work, telling myself that I canNOT buy more yarn until this stuff is used up. I feel virtuous.

And so I knit. And knit. And knit. Stockinette stitch, back, and forth, back and forth, until I fear that all creativity has been sucked out of my very soul. But I heroically soldier on. I bought this yarn, gosh darn it, I'm going to use it up. The body looks weird by time I finish, but I add the ribbed trim anyway, and well.

I hated it. :0 Hated it, hated it, hated it. I have some knitting friends who, when they hate a project, angelically pull the yarn back out so that they can reuse it to make something else. Not I, my friends. I hope you're not disappointed in me. :0 But once I hate something, I hate it, there are no second chances. I never wanted to look at that yarn again, and now that it's not here to glare at me any further I'm just going to say it: IT WAS UGLY. It was ugly, and I'm not apologizing to it any further. It had to go. It was so ugly, I couldn't even donate it to the St. Vincent DePaul Society, because nobody else should have to wear something that ugly either.

I suppose I feel a little guilty, but I'm just glad that that torture is over. ;-) Lots of bad mojo removed from my yarn bins. All of the other yarn has already thanked me.

Have you ever had a project not turn out the way you envisioned? Are you making anything this spring? Do chime in. :)
Posted by Tiffany at 11:04 AM