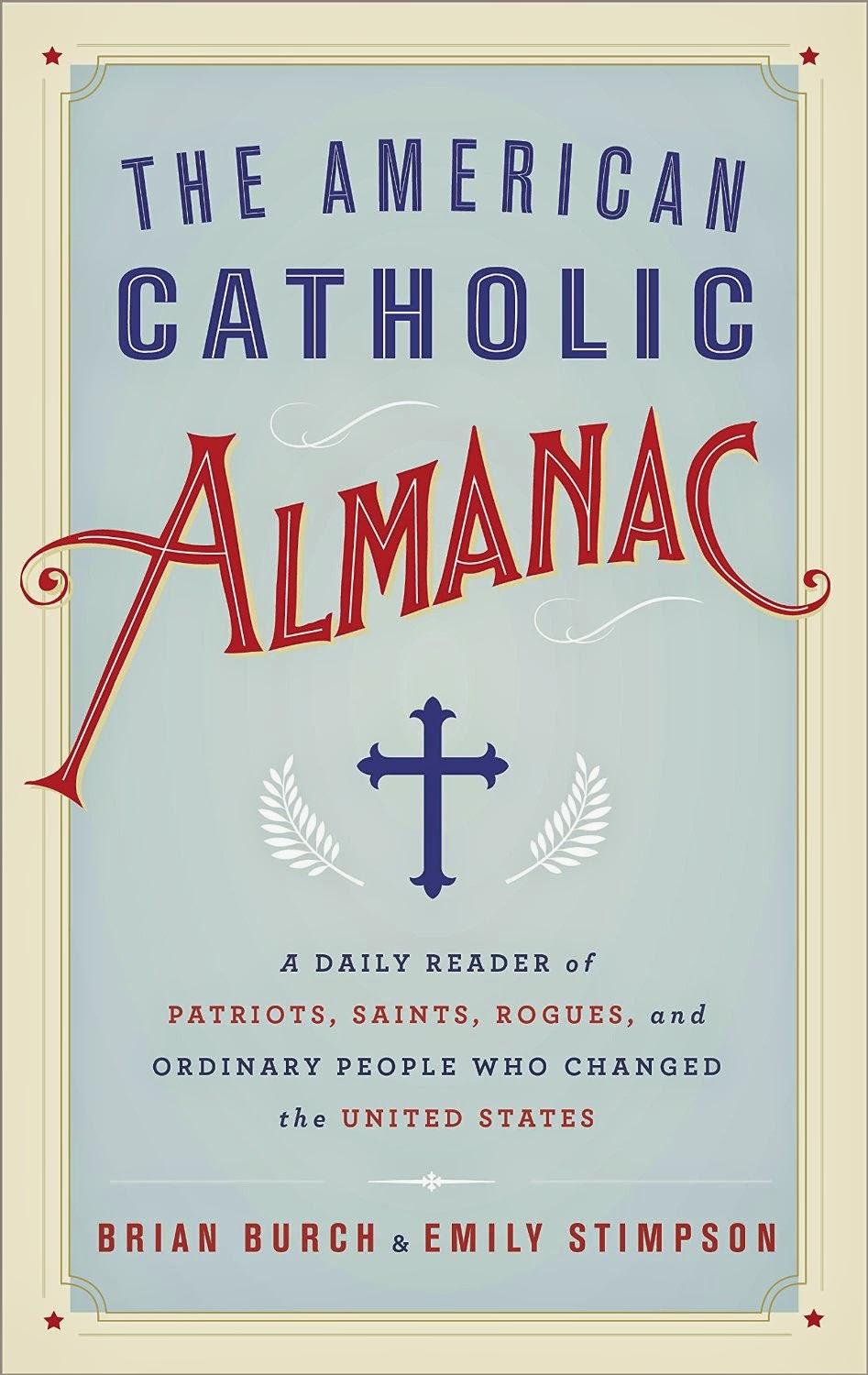 Morning everyone! I'm pleased to have a book review for you today, courtesy of the Blogging for Books program over at The Crown Publishing Group. I'm selective about what I pick out over there, since I only want to read books that I think I'll enjoy and that you (my dear readers :)) are likely to find interesting. Plus, my reading time isn't as abundant as I'd like it to be, that whole job and motherhood thing. ;-) So I'm careful about bringing books into the fold of my official Reading Queue.

This one caught my eye immediately, and indeed, after hearing one of the authors interviewed on Catholic Vitamins, I zoomed right over to Amazon on my handy smartphone and added it to my wish list. When I saw that I could review it with Blogging for Books, it was a total no-brainer.

So we have here an interesting-sounding Catholic reference source - could there BE more perfect fodder for this blog, I ask you?! The very title intrigued me right off the bat: The American Catholic Almanac: A Daily Reader of Patriots, Saints, Rogues, and Ordinary People Who Changed the United States, by Brian Burch and Emily Stimpson. This is one of those "entry a day" titles in which for each calendar day, the reader is presented with a blurb or saint story, etc., as a way of building spiritual reading into one's daily routine. That this book focused specifically on Americans and the Church in the United States *really* captured my interest, since I had never seen a similar title. I honestly know very little about the history of the Church in America. My mom's family were Italian immigrants, and there are many of those (along with those of Polish descent) here in WNY. All of them were/are Catholic. I know of other places on the East Coast like that as well, but aside from some American saints (the history of WNY's own Venerable Fr. Nelson Baker and Our Lady of Victory Basilica is included in this book on March 19th!), that was the extent of my knowledge about Catholic history in the United States.

This is the perfect book to remedy that situation. Each day you can read about an American Catholic person or event that you likely have never heard of before. The entry for the day I'm writing this post, November 5th, is about "Pope's Night." I don't know about you, but I didn't know a thing about that until I read it. It sounds all lovely, but actually was an annual night of anti-Catholic sentiment stemming back into seventeenth century Britain that came over with British immigrants into Boston. Apparently, George Washington intervened. I mean...fascinating!

Of course, you are not bound to read the book via the daily selections, but can read it in larger segments or skip through to find entries that are of particular interest to you. For my part, I honed right in on entries discussing Native Americans, since that is also part of my family heritage. March 13th features Fr. William Ketcham, who worked with St. Katharine Drexel to build Catholic churches and schools in late nineteenth century Oklahoma Territory. February 19th (the day after the birthday of your very own Catholic Librarian ;-)) discusses John Basilone, a native Buffalonian of Italian descent who attended local Catholic schools. He grew up to be a Marine, fought in Iwo Jima, and became the only enlisted Marine in World War II to win both the Navy Cross and the Medal of Honor. Interesting stuff, yes?

I do plan to make this book a part of my morning routine, having it handy on my work bookcase for a reading of the daily blurb before I start on my to-do list. I love the thought of learning even more about the Church in America. This is a *very* interesting and well-written book.

My only constructive criticism is the lack of a general index of all people, places and events noted in the book. There are indeed multiple appendices (the librarian celebrates) of:
...but there is no comprehensive index with page numbers for easy flipping to specific entries. In this sense, it's difficult to use as a reference source, and you're more likely to use it by calendar day, or by flipping through and stopping as things catch your attention. And many things will, trust me. :) Beer monks anybody? Go check out June 19th!

You can get a preview of this book for free here, and that includes the Preface (which has some really interesting background on the book) and the first five entries for January. It retails for $24.00 in hardcover, and Amazon has it for $16.52, with a price of $10.99 for Kindle. I do heartily recommend this title for its interesting topic and plan to keep happily using my copy.

Has anyone else picked up this book and started reading? Do leave your comments!

*I received this book from Blogging for Books for this review.
Posted by Tiffany at 11:08 AM