Birthday party frivolity and priesthood aspirations?! - on the feast of the Dedication of the Lateran Basilica... 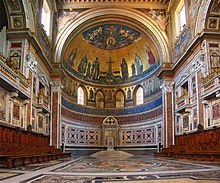 Happy Monday everyone! I had a jam-packed family weekend, and a beautiful Mass yesterday, and I hope you did too. We had Henry's birthday party on Saturday (dance on Friday, will talk about that later this week :)) and the feast of the Dedication of the Lateran Basilica on Sunday. Ready? Let's chronicle!

So, Saturday we hosted a small family party for Henry. We were keeping it simple with regard to food: ordering pizza and wings, having a cheesy dip as an appetizer with assorted veggies, chips and crackers, store bought cake, and lots of alcohol. I mean, that's a winning menu right there, folks. ;-) When I host things, I get all neurotic, so I like to keep things as simple as possible. That way I can just flit around and assure that everyone has enough to eat and drink without *also* worrying about setting the oven aflame or otherwise poisoning everyone accidentally. Before everyone arrived, Mike was bemoaning the lack of space in the refrigerator as he tried to wedge the cake in there, and I noticed my box of nearly empty Chardonnay in the corner. Well, Tiffany to the rescue! I cleared space in the refrigerator while also relaxing a bit before guests started arrived.

And everything went great. I got to see an aunt and uncle from out of town that I don't get to visit with often enough, and a great time was had by all. Henry got some fun gifts, including this year's Lego Advent calendar, a few movies, a Lego Arctic set, and a new piece for his Fontanini nativity village. He was happy. His birthday is always a nice prelude into the holidays and time spent with family.

And so Sunday I was feeling in excellent spirits as we headed out to Mass. Both kids behaved very well, we just had one incident of Anne's baby doll (remember Tennis Baby?) losing her plastic bottle as it was dropped and bounced up about 3 pews, and apparently they engineer such things to be *as loud as humanly possible*, but other than that, things were good. As the feast day name indicates, our priest spent the homily talking about the history of the Lateran Basilica in Rome and it's place as the papal seat in Rome. When Mass was over, I let the kids collaborate to light a candle again ("Here's the money, but you have to take Anne with you." "MOMMY. Do I *have* to?!") while I wrote our deceased relatives names in the Book of Remembrance, which our parish has out every November.

Throughout Mass, I had been thinking about how I'd like to make Henry the subject of my next novena. :) He's going through what I remember going through very vividly as a child, which is Aversion To Mass Syndrome.

"Do I HAVE TO go?" is asked each week, with a look of torture present. "Mass is BORING."

For awhile, he would follow along in the missal, and that seemed to help, but lately he's been uninterested in doing that. I don't want him to see church as a bad thing, something I make him do and he doesn't want to do. And, you know. That's pretty much how it works right now for him. :0 Because yes, I do insist that he goes and Mike backs me up on this. But I'm hoping that his love for Catholic traditions and saints outside of Mass will open his heart to having a prayer life and a relationship with God that he relates back to the Mass. That's pretty ambitious hopes for a child of 9, but I think it's a worthy goal. Hence the novena.

But adorable anecdote here, and it brought so much hope into my heart. God indeed does have a sense of humor, and seriously, that is a quality that I LOVE in a man. :0 Later Sunday evening, I was upstairs putting Anne to bed. Mike and Henry were talking downstairs. As I joined their conversation, Henry was saying something about jobs some of the boys in his class want to pursue when they grow up. So I asked him if he had ever thought about what *he* would like to do for a career when he grows up. I was especially interested in his answer, since Henry has never said or shown any interest in any vocation or career up to this point. He mentioned something about construction and electricians, and so we talked about that for a few minutes. Then I asked him about his friend Raymond:

"Hank, have any of your friends at school mentioned wanting to be priests when they grow up? Maybe Raymond?"

Raymond seems an ideal fit to me, and the Catholic mother was being nosy. :0

"Raymond? No, he's never said that. But last year, Mrs. W and Miss S? (his third grade teacher and the teacher's aide). They both said that I should be a priest. They said it a bunch of times."

Well. I nearly fell off the couch with my partially knitted sock in hand.

I was trying to keep my excitement contained, but was doing a pretty poor job of it. ;-)

"Well...I won that religion award. Three years in a row. And they said I know so much about the saints and stuff."

He looked pretty sheepish as he was explaining this, but I couldn't help my reaction. So here goes:

I am far from perfect in all ways, especially in my abilities as a mother. And God knows that I am no saint-in-progress and that I could do so much better with raising my kids up in the faith. But I do try, I do, very hard. And sometimes, trying hard is all we need to do. God will do the rest.

Certainly, I don't know that Henry is actually going to be a priest. He'll figure this all out when he is an adult. But just that someone else suggested it to him based upon his knowledge of the faith? That meant the world to me. I was glowing for the rest of the evening. Somehow, I think that everything is going to turn out all right with this intention, even if the route is roundabout. :)

How was your weekend, everyone?
Posted by Tiffany at 3:42 PM