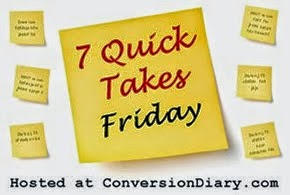 -1- I live near Buffalo, and there's barely any snow here. I'm being serious :0

I mentioned this earlier in the week, but the pocket of Western New York that I live in has received only a few inches of snow over the course of this week. We're certainly not immune to snow storms here (north of the current disaster area), although we do get a lot less snow than the affected area on the whole. But people from outside the area keep asking if we're doing ok, and not believing us when we say that we barely have any snow here. :) Lake effect storm systems are just unpredictable and localized like this. For instance, this is our front yard: 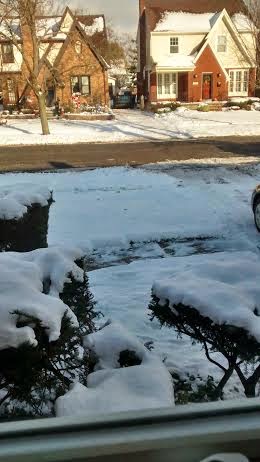 And this is somebody else's, about 20-25 minutes away: 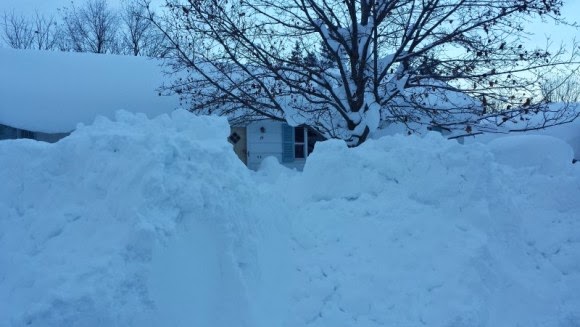 -2- But even when it's not my roof collapsing, I'm having anxiety attacks all the same...

A LOT of survivor's guilt going on around here. We all have friends and family in the affected areas, and we feel terribly for them. Thank goodness for social media or we'd be totally cut off from them, since there is quite literally no way to get to them. The roads are impassable, and driving bans are in place. They are trapped. And I'm so worried for them. Roads are starting to be cleared more today (a good friend on Facebook posted a photo of her street being cleared, not by the usual hulking snow plow, but a FRONT LOADER) but the situation is still incredibly bad. So, they've been trapped (with hopefully enough food!) since some haven't *even been able to open their doors* due to snow drifts, but now a warmup and rain is on the way this weekend, and thus major flooding concerns are ensuing. And fears of massive roof cave-ins. :( Let's please all offer up our prayers today for all those that are going through this right now.

Despite the weather being absolutely beautiful where I live and work, school closings abound, including the university at which I am employed. The issue is that a significant number of faculty and staff live in the storm aftermath and are unable to travel in to work. This bare bones personnel situation has led to the closings, with the hope that everyone will be dug out by Monday. Here's hoping.

And so, joy, I've been home with the children the past two days. ;-) No, obviously this is a good thing, especially since we're not imprisoned in our home by snow, so we can still get out and about. Mike has still had to teach for the most part, as two of the colleges he teaches at are further north of here, where there is even *less* snow. So, the kids and I have been trying to keep ourselves busy. We made a trip to the grocery store yesterday for the important snow day implements of hot cocoa, marshmallows, and microwave popcorn, and have settled in to watch some holiday movies and cook/bake. I let Henry pick out some recipes, and so yesterday we made a chocolate peanut butter pie and turkey bistro sandwiches. We're making salmon with orange vinaigrette tonight, fancy. :)

Thus, I suggested that we pray a family decade of the rosary in preparation for Advent. :0 Henry looked a bit less than enthused but played along, and Anne was enthusiastic at *first*. But when she realized that she didn't already have the prayers memorized the way she has the St. Anthony prayer committed to memory, she threw her rosary beads across the living room in frustration. We're still working on the reverence thing over here. :0

-6- Speaking of Anne, this about sums up her mood these days... 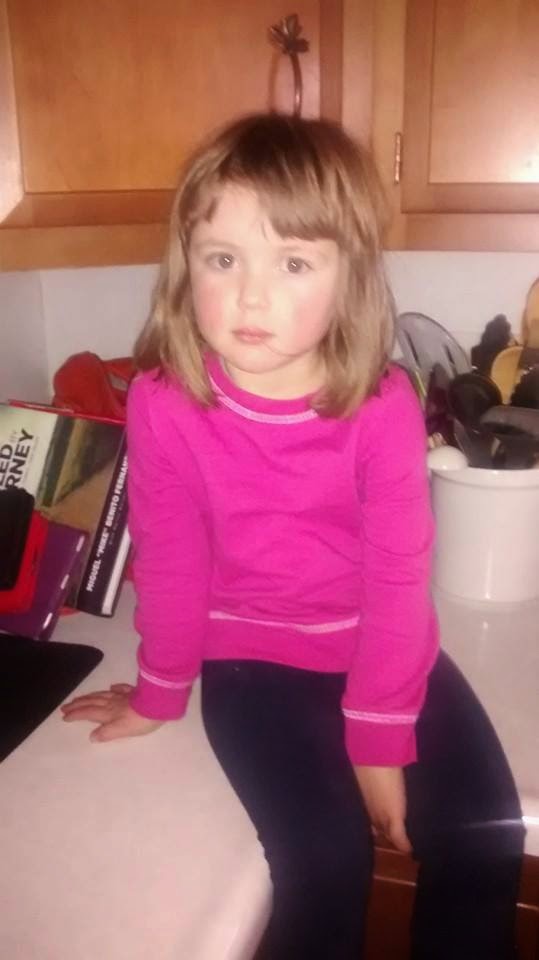 I was figuring that it was coming, and yesterday my hunch was confirmed. Claire has a LOT of students who live in the storm center, and had no idea if they would be freed in time to attend the hafla scheduled for Saturday. She decided to officially postpone, and our new date is Saturday, December 6th. I'm glad she moved it, it seemed too dicey for too many people given the storm situation. This gives everyone time to recover from the snow and get more practice time in. So updates on that event closer to the new day!

All right everyone, I need to go check on my young, they're being suspiciously quiet. Well, Anne is up in her bed for a nap, so that is indeed a *good* sign, but God only knows that Henry is up to. :) I'll talk to you all on Monday following the feast of Christ the King! We'll probably talk about that feast and a snow update on Monday, I'm thinking of a Catholic gift idea post for Tuesday, and then book club on Wednesday. That'll be it for blogging for the week as we take a brief Thanksgiving holiday hiatus. :) Talk to you all soon!

More 7 Quick Takes are over at This Ain't The Lyceum today!
Posted by Tiffany at 1:46 PM