A beautiful Triduum - a tale of Holy Week happiness 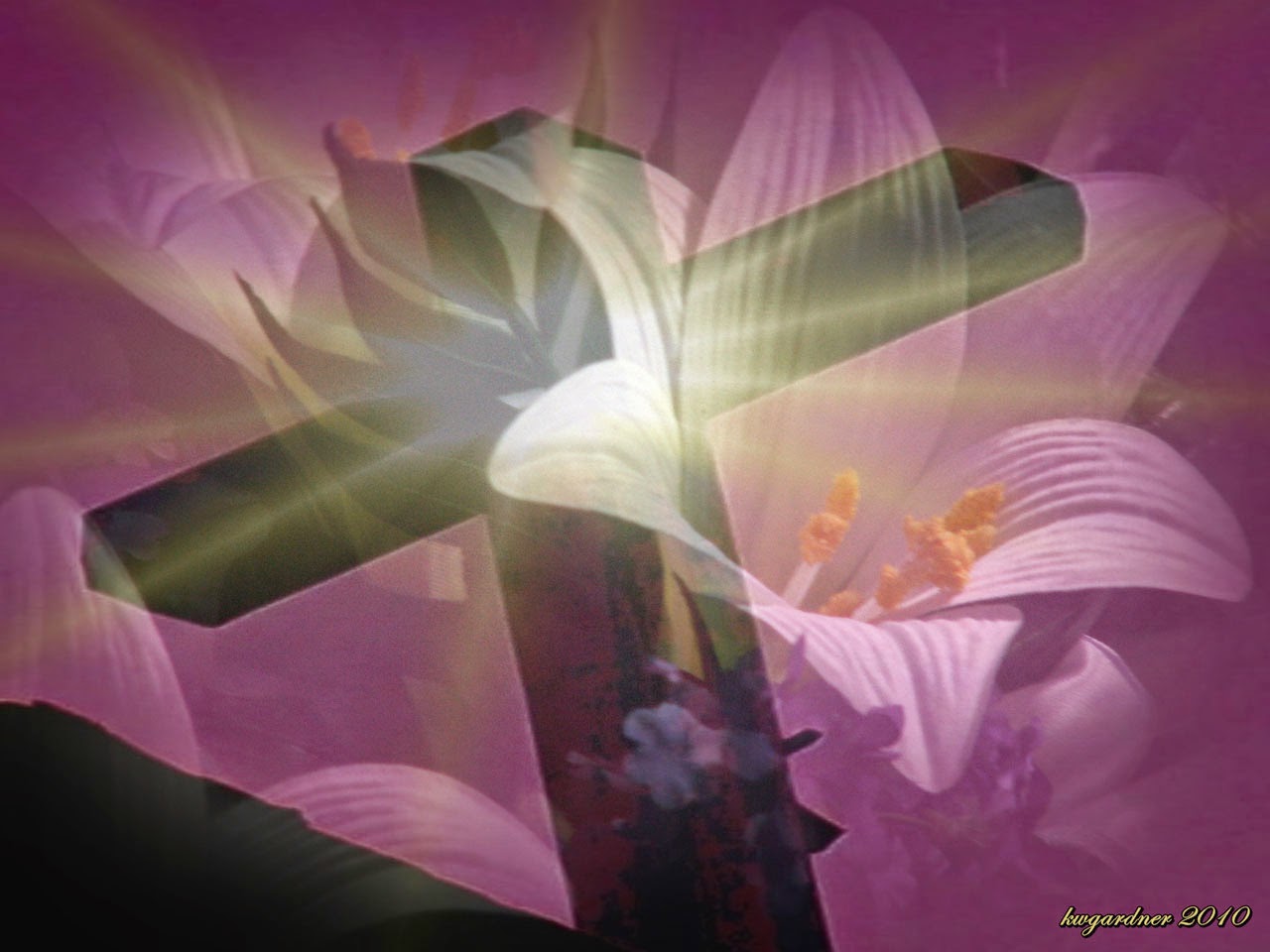 Hello all! I'm very glad to be back and blogging with you. It's kind of rainy and dreary here today, but Easter weekend was sublime. Let us chronicle...

I had a super long day last Thursday, working the evening reference shift, and thus was extra thankful that I had taken Good Friday off. I got to sleep in and relax in the morning, and pray with my Magnificat magazine. Despite my resolution to pray Morning and Evening prayer for all of Lent, that hadn't gone very well :0 until Holy Week. Everything just really gelled for me Holy Week, and that continued during the Triduum. My Magnificat had absolutely fascinating details about all of the Triduum liturgies that I pored over. How could I have been a Catholic my whole life without knowing all of this *fantastic* information?!

Due to work, I missed the Mass of the Lord's Supper on Holy Thursday, but I was rearing to go on Good Friday afternoon. I almost didn't make it to the Celebration of the Passion liturgy, held at 3 pm at my parish, because Anne had a bad nap wake up and pitched a fit that could be heard for miles before we left the house, but I persevered. She had thankfully calmed down by the time we arrived, and was an excellent girl for the entire service. The only thing is (a) we were a few minutes late due to aforementioned fit pitching, and (b) the instant our butts touch the pew, she announces that she has to go to the bathroom. But we made it, and so I'll take it.

The entire liturgy lasted just over an hour. During the veneration of the cross, Anne was wide eyed as she watched everyone take their turn going forward, from little kids to elderly people needing help walking up. I could tell that that made quite an impression on her. I plan to make the Good Friday service an absolute must attend event each year, WOW does it pack a wallop. From the reading of the Passion in St. John's gospel, to the bare altar & empty tabernacle, I leave in tears every time.

As soon as Anne and I were heading out to the car, I was thinking about completing the Triduum with the Easter Vigil. We usually attend Mass on Easter morning, I'd only been to the Easter vigil twice in my entire life. Once before I realized how different the liturgy was on that day from every other vigil of the year, and once in 2011 when one of my best friends was baptized and confirmed and I was her Godmother.

That was a very special Easter, obviously. After a spiritually dry year so far this year, I was loving my fruitful Holy Week and felt very inspired for the vigil Mass. So I made plans. This involved:

(b) talking Henry into going with me. I thought it would be a special thing given that his First Communion is coming up in two weeks.

"It involves FIRE, Hank! But it *is* longer, so you have to be patient."

Let's just say that I prevailed.

At 8 pm Saturday evening, Henry and I were sitting in the darkened church, craning our necks to see the fire getting started outside. As our deacon processed into the dark church with the lit Easter candle, intoning "Behold, the light of Christ!" I thought to myself how very grateful I am to be Catholic. Our faith is truly a treasure.

I was teary as Hank and I had our candles lit, feeling so thankful that God is always there, even in our spiritual darkness. When the lights were flipped on dramatically as the cantor sang the Easter Proclamation, I could tell Hank was impressed. This indeed was different than any Mass he had ever seen.

Following the Blessing of Fire and Procession of the Candle, we moved to the Liturgy of the Word. This is the tough part with the Easter Vigil. :) There are 7 readings at this liturgy, each with their own Psalm and prayer, and Henry's agonized face as he flipped through his missal said it all. If I have a missal with which to follow along, *I'm* fine with that many readings, but feeling Henry's misery oozing from every pore was raining on my Easter parade a bit.

Well, at the pastor's discretion, the initial 7 readings can be pared down, and our parish ended up reading 3 of those, plus then the Pauline epistle and the Gospel, so 5 readings in total rather than 9. I thought that was an excellent compromise, and it soothed Henry quite a bit to see the readings dwindling.

Following the homily comes the third part of this Mass, which is the baptismal liturgy. Sublime! The litany of the saints, oh!

It was so beautiful. We had 2 catechumens (receiving baptism, confirmation and Eucharist) and 2 candidates (receiving confirmation and Eucharist). One of the catechumens was a much older man, probably approaching 90 years old! I teared up during the baptisms, and then when the congregation renewed our own baptismal promises, it was just... Only when my good friend Irena was baptized, and when I got married, have I ever been that emotional at a Mass before.

When we moved on to the final part of the Mass, the Liturgy of the Eucharist, I could feel Hank relax. He knew exactly how long we now had to go, and so he was cool with that. I think he just likes to know what to expect, and we just didn't know exactly how long we would be there. In total, our Easter Vigil was just under 2 hours, to my mind, an ideal length. When I returned from receiving communion, he leaned over to remind me that there was only one more Mass to go before *he* could receive communion, which made me smile.

When we got home, it was just after 10 pm. Although he was impatient at the beginning of Mass, I thought Henry did a great job overall, and I'm so glad he came with me. Next year, my goal is the entire Triduum, I don't want to miss Holy Thursday again!

I'm still smiling, two days into the Easter Octave. He is truly risen! How was your Easter? Leave me a comment!

Tune back in tomorrow for the April edition of the Catholic Book Club, when we'll be discussing "More Catholic than the Pope: An Inside Look at Extreme Traditionalism" by Patrick Madrid. See you then!
Posted by Tiffany at 2:20 PM