Henry's 1st Communion - Sublime, but if only the child could smile for a photograph...

This is what we're dealing with here, people: 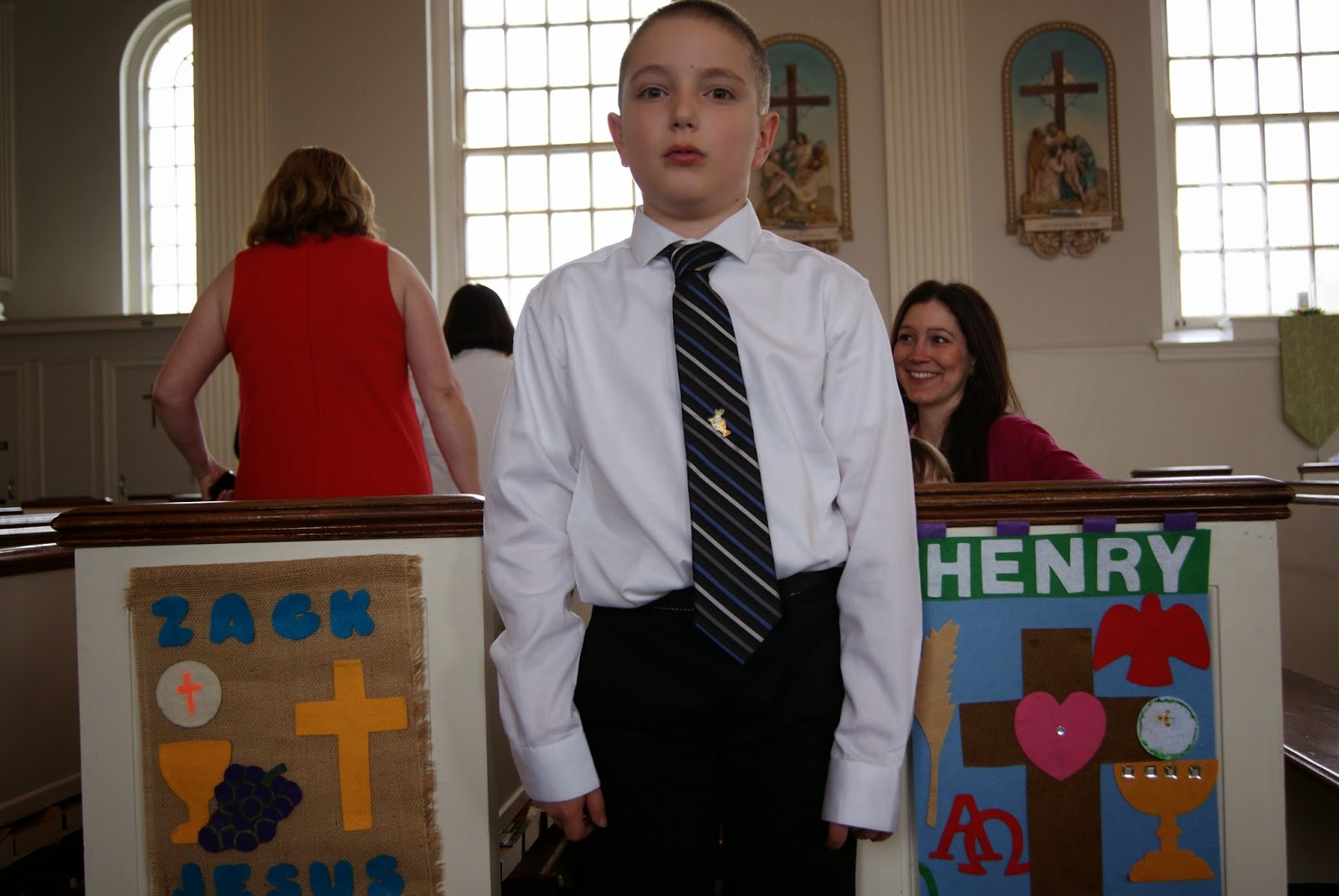 One would think his next stop was a hard labor camp where he would be forced to scrub toilets and eat nothing but green vegetables for the next decade. He was truly happy about receiving the Eucharist, but the photos? Oy. Smiling is not his strong point.

But at any rate, Henry was genuinely excited about the Mass, and I have been waiting for this moment since he was born. SO exciting!

Anne was a bit challenging Saturday morning, so I was praying she wasn't going to have to be dragged out of the church in disgrace:

"Anne, want to wear a pretty dress for church?"

"All right, you can wear pants and a shirt."

That was a little dicey. But we all readied and got to the church in time for the group photo, the children placing their hands in the prayer position like little cherubs. When Mass started, they all processed in like that, and you could die from the preciousness. Henry was nervous about reading his part in the Prayers of the Faithful, but he did a great job.

The priest called the children up to the altar for the Liturgy of the Eucharist, which I'm not necessarily a big fan of, but I appreciate that their intentions (meaning the pastor and the coordinator of religious ed.) are that the children get to see exactly what is happening to tie into what they have learned about the Eucharist being the actual Body and Blood of Christ. I did love that that was the emphasis.

When it was time to receive communion, each child was called up individually and parents could go up to receive with him or her. Mike and I went up with Henry. I received while Mike was there to lend support, and it was a cute family moment. Henry looked confused by the consistency of the Host, but he seemed to enjoy the process nonetheless. :)

After Mass, we forced him into a few photographs: 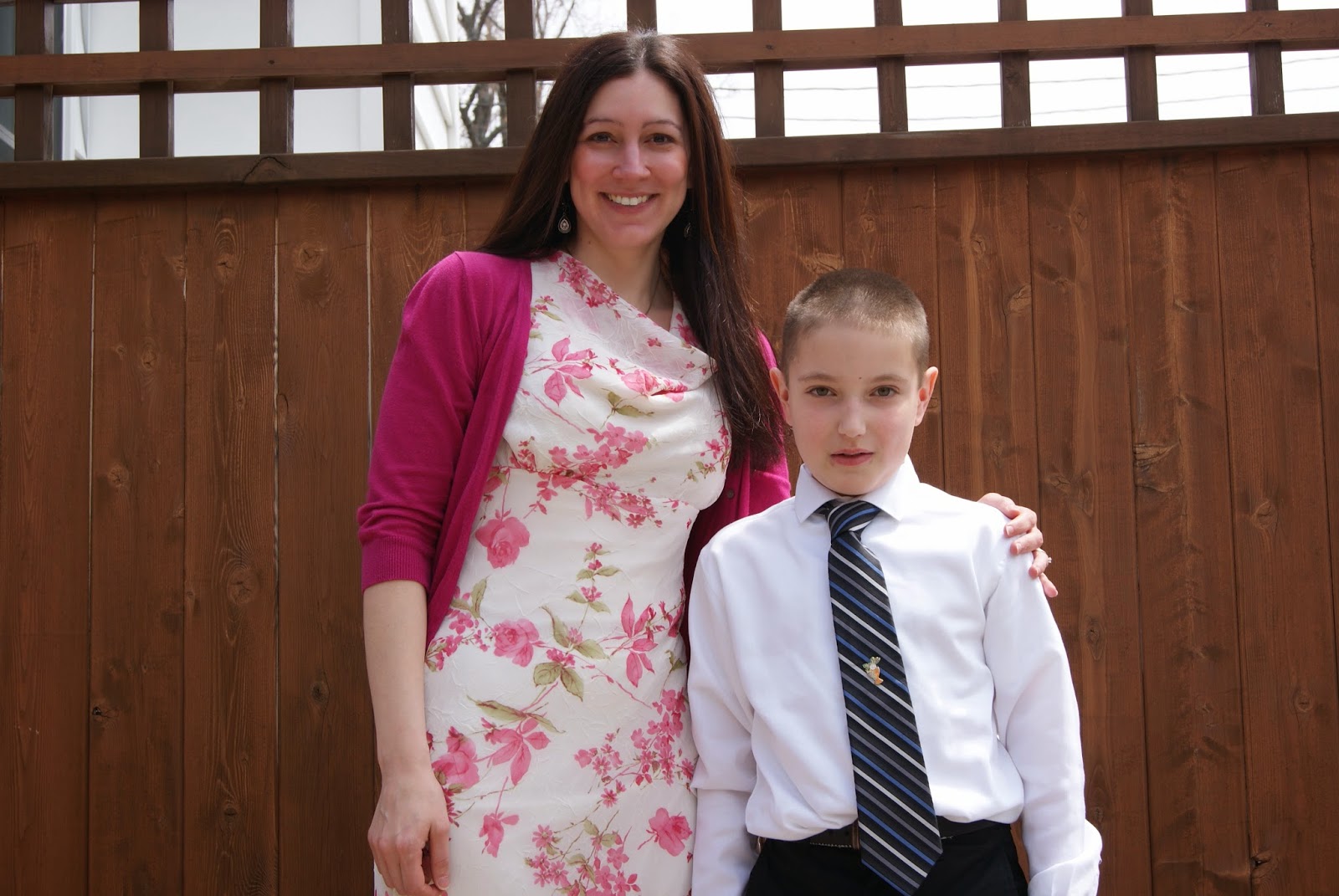 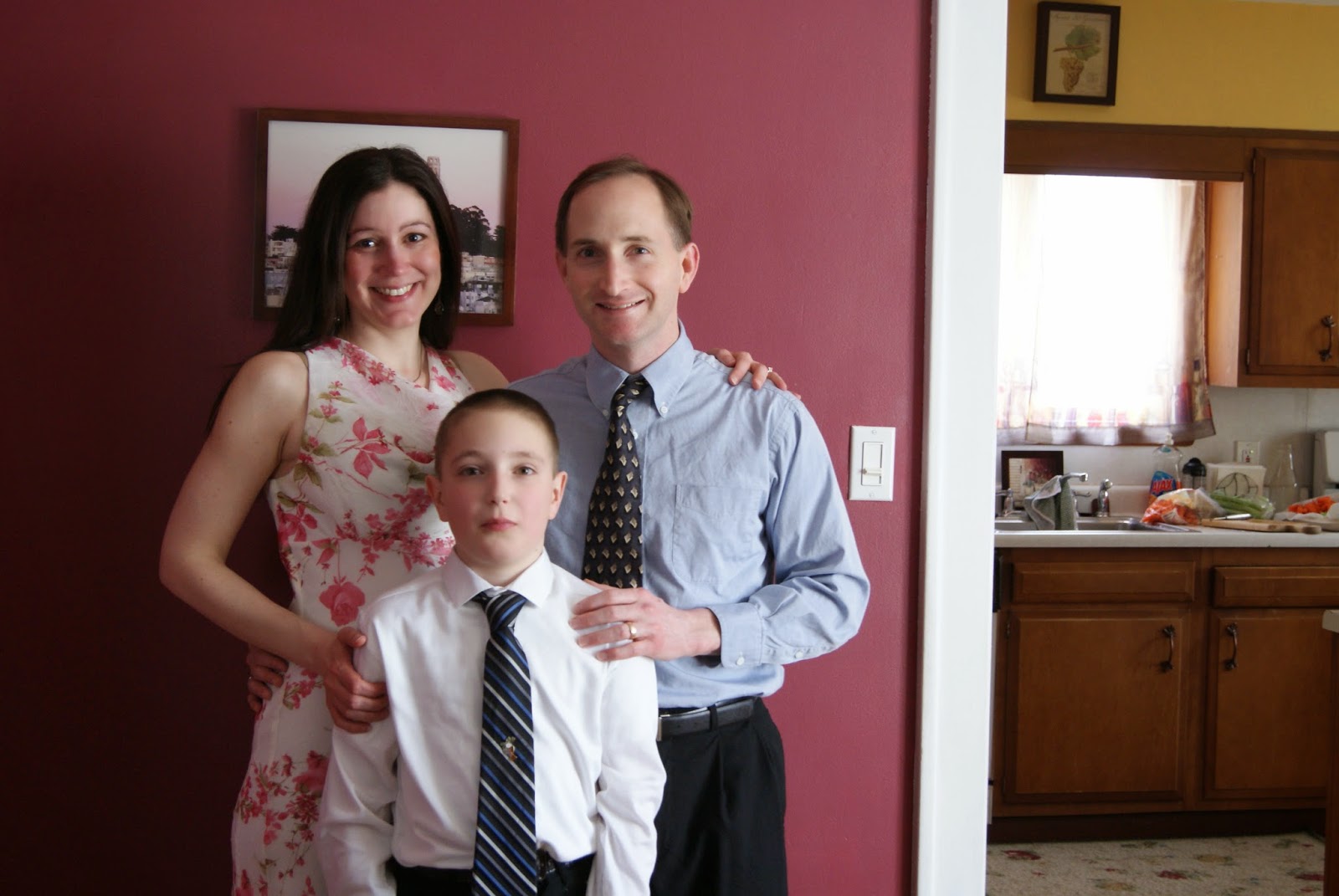 ...while we had a fabulous time having our guests back at our house for some food and drinks. Our parents, my grandmother, and Henry's Godfather and his family were able to come, and it was lovely.

The next day, Henry was excited to go to Mass and receive again. This time, under my tutelage he received both the Host and the Precious Blood, which was a huge novelty to him. He also did much better using his missal, more easily flipping between the day's readings and prayers and the Order of Mass, now that he learned so much more about the liturgy via his First Communion preparation. Super cute.

So, that was Henry's big day. Did anyone else attend a First Communion last Saturday or have one coming up this Saturday? Leave me a comment!
Posted by Tiffany at 10:12 AM