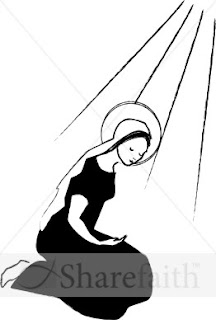 I've written a little bit about Confession before, but never any in-depth treatment, and since I actually received the sacrament this week, I thought the timing was perfect. :)

As I mentioned in the link I pasted in above, Confession is definitely one of the lesser understood of the seven sacraments, by both Catholics and non-Catholics alike.  Let's start with definitions and a description from the Catechism, and then we can move on to personal experiences (my favorite!).

Confession is more properly called the Sacrament of Penance and Reconciliation. In paragraph 1422, the Catechism tells us that when we approach the sacrament we are looking to "...obtain pardon from God's mercy for the offense committed against him, and [we] are, at the same time, reconciled with the Church which [we] have wounded by [our]sins and which by charity, by example, and by prayer labors for [our]conversion."

The Catechism then discusses the different ways Confession may be described, and it's quite lovely [paragraphs 1423 and 1424]..

"It is called the sacrament of conversion because it makes sacramentally present Jesus' call to conversion, the first step in returning to the Father from whom one has strayed by sin."

"It is called the sacrament of Penance, since it consecrates the Christian sinner's personal and ecclesial steps of conversion, penance, and satisfaction."

"It is called the sacrament of confession, since the disclosure or confession of sins to a priest is an essential element of this sacrament. In a profound sense it is also a "confession" - acknowledgement and praise - of the holiness of God and of his mercy toward sinful man."

"It is called the sacrament of forgiveness, since by the priest's sacramental absolution God grants the penitent 'pardon and peace.'"

"It is called the sacrament of Reconciliation, because it imparts to the sinner the love of God who reconciles...He who lives by God's merciful love is ready to respond to the Lord's call..."

Often, I think Confession is seen as an embarrassing waste of time. "Why should I have to tell my sins to a priest, when I can just do that directly to God?!" I'm going to be honest: I used to think that too.

But I have come to realize that this sacrament offers SO much more than that. Let's go through each of the above points with regard to Yours Truly.

Sacrament of Conversion - We are all called to conversion throughout our lives, this is not a one-time deal. And when we go astray, it's SO easy to rationalize that this isn't such a bad thing. "Why should I feel guilty about this? It's not so bad/everybody else is going it/it makes me happy, and so what's wrong with *that*?!" We allow ourselves to blame the Church, "Catholic guilt!!" instead of blaming ourselves. Sin drives a wedge in our relationship with God, and we *should* feel guilty about that and about what we have done to cause that. It doesn't mean that we should torture ourselves over it, we're human and we *will* sin no matter how hard we try not to, but we need to grow enough in our faith that we recognize what we're doing wrong and how we need help dealing with it. By going to Confession, we're acknowledging that we recognize what we've done to sin and we're asking for God's help in doing better.

Sacrament of Penance - By going to the church and to the priest/confessional, we're physically moving towards our goal of cleansing ourselves of sin and reconciling ourselves to the Church. It's easy to just wing up a prayer while sitting at our desks at home: "I know you forgive me, thank you God." But getting in our car, driving to the church, waiting to speak to the priest, kneeling down and making ourselves vulnerable...this all takes effort. It takes perseverance. It takes courage. :)

Sacrament of Confession - Speaking of courage...yeeaahhh, I know it's unpleasant to air your dirty laundry in front of some guy you may not know very well. It's embarrassing, it's uncomfortable, it's humbling, it's all of that stuff. But does it act as a major discourager from committing that sin again and then having to go BACK to your friend the priest to tell him all about it? You betcha.

Sacrament of Forgiveness - I know that I *feel* God's forgiveness when the priest prays the prayer of absolution over me. Having another person verbalize that forgiveness to you has power.

Sacrament of Reconciliation - Having gone through the whole experience of a confession, I can say that yes, the sacrament *imparts* something very real, that you have been forgiven and are reconciled in your relationship to God and to the Church. You just feel different when you step out of that confessional.

And so we have yesterday. I stopped at home to fetch young Henry and off we drove to Confession. Our arrival was heralded by the inevitable 3 little old ladies that are present at every offering of Confession. I wanted to examine my conscience and Henry wanted to bounce around the church and look at the statues. I told him he could do that afterwards, and so he got in line ahead of me. While he was in there I could hear his little voice mingling with the deeper voice of the priest, which was very sweet. :)  In a few minutes, Henry came out and slipped into a pew to say his prayers, and it was my turn.

I always feel a little awkward at the start of confession, and at this parish the screened side of the confessional is real dark (it's not at my regular parish, which has a seat in there with full lighting and the Act of Contrition taped up on the wall :)). Therefore, I managed to kick the kneeler by mistake, making a bunch of noise and hurting my toe. This is not unusual for me, your resident Klutz.

When I knelt down, the priest had a very sweet welcoming message before I even said anything. That set a very nice tone. :) I told him how long it had been since my last confession and away we went. I gave him my carefully prepared litany of sins and he listened quietly. When I finished, he provided a few words about pertinent Scripture and assured me soothingly. I said my Act of Contrition. Then he prayed the prayer of absolution which is always the highlight of every confession for me. And then I was done! But not before losing my purse in the dark and having to grope around for it.

When I got out a little old lady took my place in the confessional and Henry was nowhere to be found. After I prayed for a few minutes I located him poking around on a side alter, he's precious.

And so there you have it. Not so painful, truly. Catholics are obliged to avail themselves of this sacrament at least once per year. And yes, there have been years where I have just done the minimum. But in recent years I have done better. If it's been 3 months since I've gone, I really prioritize it. And let me tell you, you WILL notice a difference in your spiritual life if you go to Confession more frequently, it's just a fact.

Happy vigil of the Feast of the Assumption everybody. :) And if you haven't been to Confession in quite some time...consider going! You won't regret it.
Posted by Tiffany at 3:44 PM