"Wait. What dance are we doing?!" A tale of many confused brain cells. Festival dancing 2016 edition...

ALL! I'm back with you and still on a dance high. LOTS of dancing talk for today, for those who enjoy such frivolity. Are you settled in with your beverage? 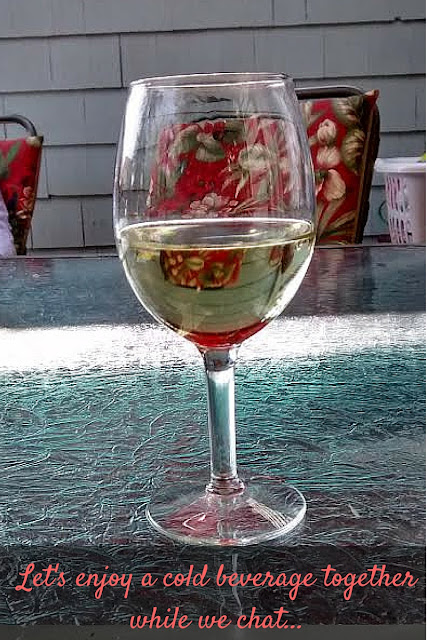 Ahhhhhh, OK good. Going into the weekend, I have to admit that I while I knew I'd have a great time, I wasn't 100% excited about it this year. This is our 4th year with this particular festival, and based upon experience I know that it's a long haul. My troupe had multiple different pieces, some combined together, in all 4 sets, and in different combinations on each day. Costuming was different on both days as well. As you can imagine, this all took a toll on She Who Cannot Remember Her Coffee Mug Two Days Running. I carefully packed up all necessary costume pieces (tops, belts, skirts, pants), other important dance equipment (shoes, Sword, veil), as well as randomly important other things (makeup, hair brush, hair clips, jewelry, towels. Don't ask. :0). I printed out the set list and highlighted the pieces I was in. We rehearsed our (what feels like) zillion numbers for a last time on Friday, and we were ready. We hoped.

Saturday dawned with temperatures in the low 80's rather than 90's, and so were feeling quite grateful. Meaning that not only the outdoor performance space, but also our makeshift dressing room, was somewhat less stifling. All wins, right there. ;-)

I was incredibly proud to be a part of our component of the festival entertainment. Our little collaborative represents a slew of world dance forms around WNY. Within our sets, we had:
All with authentic costuming. I mean, awesome, right?! I love being a part of it. And not to toot our own horn (which means I'm about to ;-)) but the dancing is a crowd favorite amongst the entertainment options. As soon as the beautiful music starts and the colorful costumes start to swirl, people flock over. The festival organizers grudgingly told us this when they relented and got the more stable stage that Claire requested. :0

Saturday our first set included the new instrumental choreography, plus the sword piece combined with our drum. Everything started out great, and then I was feeling the sweat leading up to dancing with Sword again. As he waited for his turn, safely tucked into his sheath, I sent him positive, soothing messages via mental telepathy. We were all decked out in our new dance pants, which are so stretchy I had the waistband drawn up in the vicinity of my armpits to assure that they stayed in place.

I have to admit, when our sword music started, my palms were more than a bit damp. Not exactly a winning combination while wielding a weapon. I will say though, that while he made me incredibly nervous, Sword was a good boy, and he stayed in place when I balanced him on my head. He and I even had a star moment coming through the troupe line:


When we all balanced at the end, nobody lost their sword, and so we called that a successful debut performance. Whew!

The second set had four troupe numbers in it (!) plus my solo. Everything went great, including the dreaded solo. Although I still get incredibly nervous beforehand, I have trained myself to smile much more when I dance, and it makes me so happy to see smiling photos. This means that I have at least somewhat conveyed the joy and fun that dancing at this stage of my life has brought to me.

After the solo, as you can imagine, I was a bit of a sweaty mess, and barely managed to yank on my Saidi gown for our final pieces at the end of the set. I also a bit tired by that point. Going out on stage for the Baladi, half of us lined up for a totally different dance. Or maybe it was just me. :0 At any rate, we were pretty much at the point of congregating on the stage in a vague manner, hearing the music start up, and then snapping into the correct choreography.

But we made it work. Nothing feels too difficult to take on when I'm with my girls.

Sunday dawned with...rain. Lots of it. The stage is covered, but there was still some blowing water and PLENTY of mud. We started late as a result of the cleanup, but dance we did! And miraculously, even in the rain, people came from seemingly nowhere to watch us from under umbrellas and the surrounding tree cover. About halfway through the set the rain tapered, but we ran very long as a result. Everything took longer with the mud to deal with on our shoes.

At the start of the second set, the rain had completely stopped, but unsurprisingly, humidity was now a factor. Over in the dressing room, my hair was beginning to take up the entire zip code. You know how ballet dancers that vats of that powdery resin stuff backstage to put on their shoes so that they won't slip? Belly dancers (who frequently perform outside) need a vat of pomade next to the stage:

During our drum piece, I used the choreographed arm movements to discreetly tamp down on the halo of frizz that I could feel growing by the nanosecond.

By the time the sword piece rolled around, I gave up and figured the frizz could only aid in the balancing grip process. Sword was probably being smothered to death up there, but what do I care? He stayed put, that's all that matters. Can I also say that I love dancing in pants? SO COMFORTABLE. And so much better than dealing with my heavy pink belt rotating 360 degrees around my body during the drum solo.

We had to quite drastically cut the second set due to the rain delay. By then I was actually feeling fairly high energy from all the adrenaline :0 but it's all good. I was relieved not only that it was done, but that I did my best and it went well. My hair was a giant puffball, but my dignity was intact.

I'm feeling energized and inspired by all things dance right now. And good thing, given that we still have two August performances coming up. Those girls in my troupe...they really have a firm place in my heart. My life would really be lacking something without them.

How was YOUR weekend, dear reader? Hot and sticky? Please commiserate. :-)
Posted by Tiffany at 11:23 AM