Of home blessings and "Frozen" sightings...

But I wanted to touch base about my weekend. Much cuteness abounded. Before we get to Disney on Ice, I wanted to mention a few Catholic-y details from Sunday morning. We went to Mass at 10 am, like usual, and Anne excitedly processed up with the other kids for Children's Liturgy of the Word. Upon her return, she announced that the teacher had told them all about how Jesus was in their hearts and they could talk to Him. I mean...PRECIOUS. She even did this little heart indicator when she said it. It was so cute I could've died.

Following the closing hymn, we took our newly procured holy water container to the back vestibule and filled it up (there is holy water on tap back there, is it any wonder I love this parish so much?!) so that we can perform a house blessing this week. Our house has never been blessed, and although I'd prefer that a priest do it, it's nice to know that we can do it ourselves using holy water. So this is on our Catholic To-Do List for the week. So is the St. Blaise novena, which I *forgot* to pray with the kids last night.

But I've learned this novena lesson before. When you fall off the horse, get right back on! So we'll start tonight, I'm sure St. Blaise won't mind.

After Mass, Anne and I prepared to head to Disney on Ice with my mom, which was their "Princesses & Heroes" show. Anne got all gussied up: 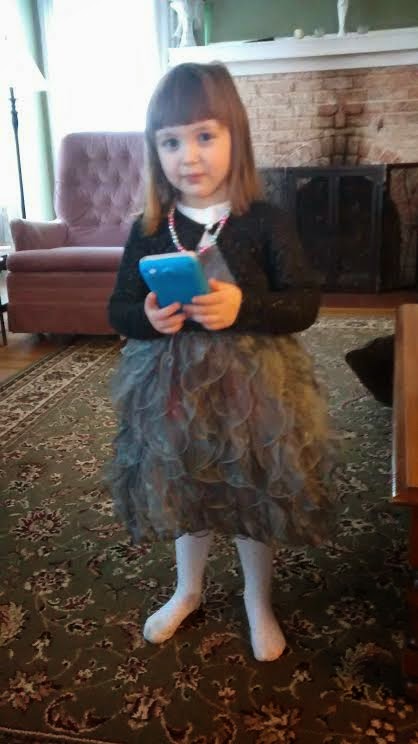 And we took a selfie before we left the house: 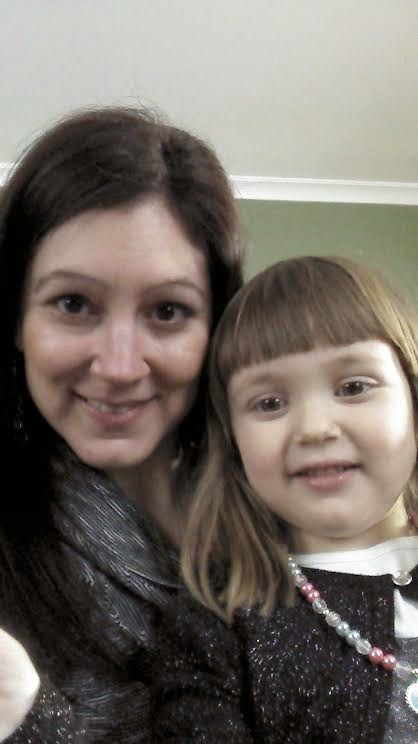 We drove to a park and ride, and then took the train down to the ice arena. The instant we got seated on a train car, a multitude of little blue Elsas boarded with us. As did children in Olaf hats and other assorted handmade Elsa and Anna items. That movie has created quite the phenomenon.

We arrived at the venue and got settled with snacks that cost triple what they should have (*eyeroll*) and it was time for the show to start. Excited energy was high when Tinker Bell appeared at center ice. We saw some segments from Aladdin, The Little Mermaid, Beauty & the Beast, Cinderella, Snow White... When the first half ended, a collective gasp went up that the entire arena heard:

"WHERE ARE ELSA AND ANNA?!"

Because let's face it. That's why we were all there. Disney's specific "Frozen" show isn't coming to Buffalo this year, and every single little girl in attendance was going to "Princesses & Heroes" to see Elsa and Anna. That's it, that's the only reason. Snow White is going to get a complex, at this point.

I hustled Anne to the ladies room during intermission, and in the stall next to us could be heard a little girl behaving very badly, back sassing her mother.

"If you don't start behaving, I'm going to take you home, AND THEN YOU WON'T SEE ELSA AND ANNA!!"

Yep, told you. Breaking out the big guns.

We were back in our seats for the second half, Anne clutching a new Elsa plush that my mom bought her: 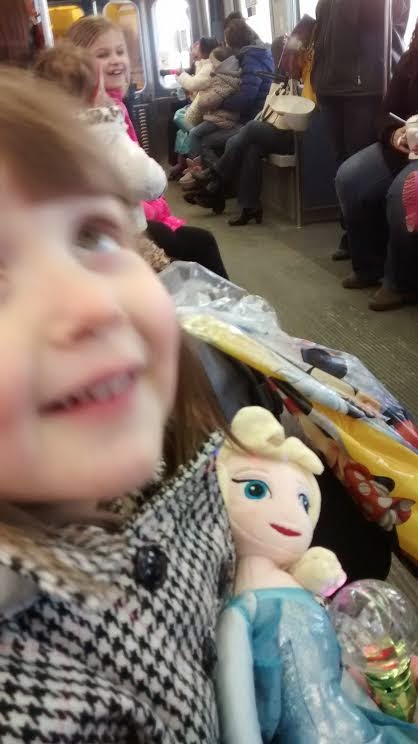 The second half included a really cool Sleeping Beauty segment with a fire-breathing dragon, but nobody cared. :0 When Anna stepped onto the ice to sing about Coronation Day, everyone was on the edge of their seat. When Elsa appeared on the balcony, that brought the house down.

Little girls sang along with "Let it Go" and were bouncing out of their chairs in excitement. Anne demanded to go down to the ice so that she could say hello to Elsa and Anne (request denied). This was the longest sequence in the show, and for good reason. Everybody loved it.

And so, a good time was had by all. Plush Elsa was lovingly doted on for the rest of the evening, and Anne wants to watch Frozen tonight while Mike teaches and Henry is at wrestling practice. Again.