Joys & Challenges on the Feast of the Epiphany 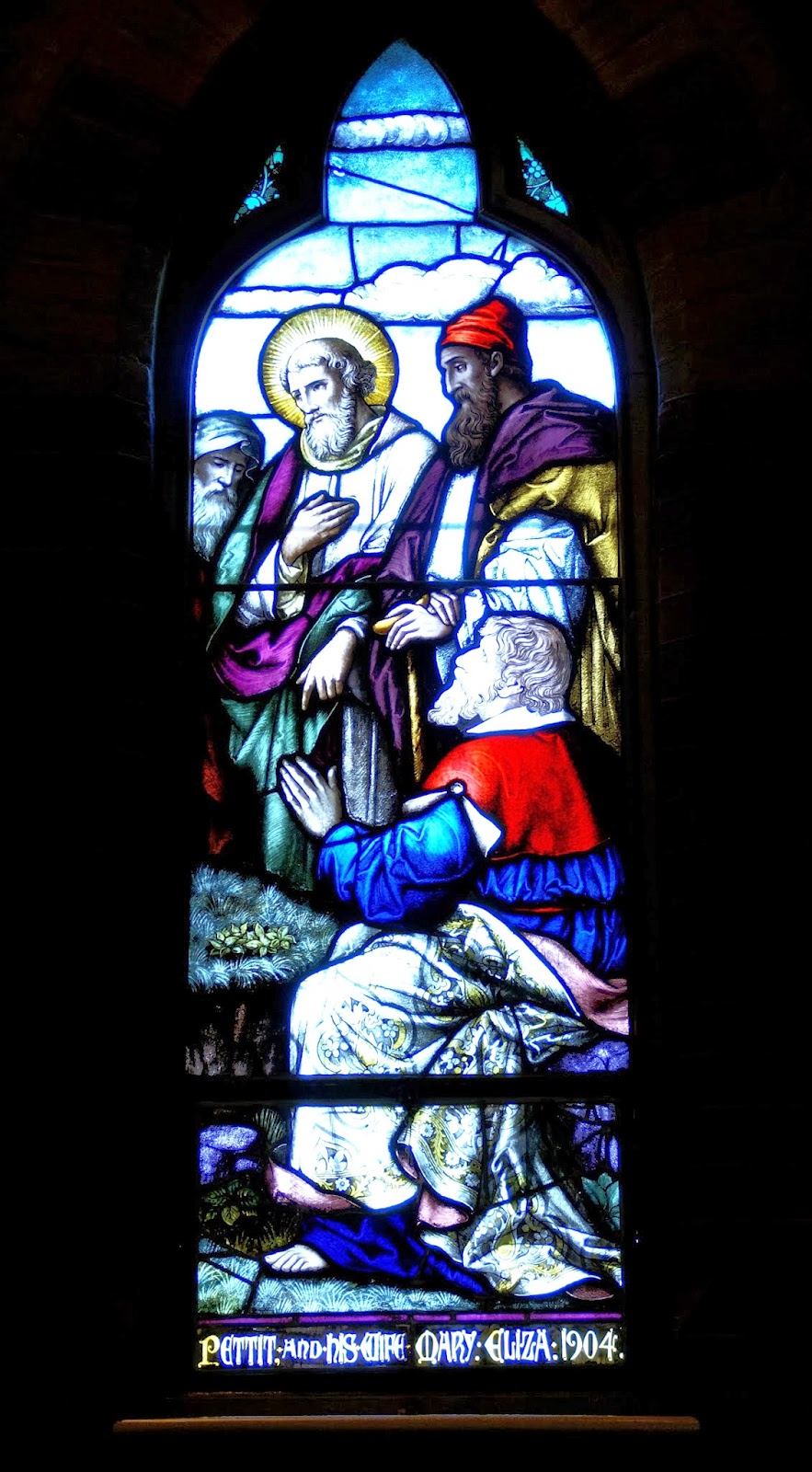 I have always longed for a simple and lovely name. You know. Jane. Anne. Mary. Something like that. Something Catholic. :) Instead, I was born in the 70's and my name is Tiffany. But you know, we don't get asked for our opinions in these matters, and I will say that at least my name is easy to pronounce and feminine. Plus, there were never other Tiffanys in my class, so that was always nice.

Before I got married, I invested in a Catholic name book that took every name imaginable and found a Biblical or saint derivative for it. So, even those of us with secular names could have a Catholic reference and feast day for our names. I love this. And so, Tiffany was given the designation as having been derived from 'Epiphany,' and there is a St. Epiphana as well. Details are sparse, but never mind that. :0 Via this interpretation, I have a Catholic name and my feast day is today!!!

Ever since then, the feast of the Epiphany has held special significance for me. 'Epiphany,' of course, means "manifestation of God," and at the vigil Mass Saturday night the priest talked about how God is made manifest to us in so many different ways. For Catholics, we have the sacraments, one of my very favorite things. :)

Mike went to Mass with me this weekend, and it was just the two of us since we went on our way to dinner in celebration of our wedding anniversary. It's a novelty these days to not tote a sippy cup, animal crackers, and innumerable plastic necklaces to Mass with me. :0 Anyway, during the homily, the priest talked about Pope Francis, and how he seems to have this gift for drawing people to himself and his message that normally do not subscribe to Catholic beliefs. Mike was really struck by the homily, and told me afterward how much he enjoyed it. This made your Catholic Librarian very happy. :) It was a lovely Mass and a wonderful night.

Yesterday, we were hoping to have a relaxing Epiphany Sunday at home, complete with chocolate pancakes for breakfast, but it was not to be. Our nightmare with the kitchen ceiling remains. Cue: 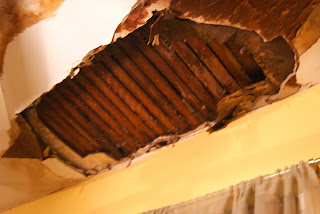 The insurance company is sending an adjuster to assess the damage, but he can't come until Saturday. In the mean time, we continue to get rain on and off, and melting ice. We've had some more water come in, although not a lot, thankfully. More worrisome is the following:

I come downstairs and find Mike scrubbing the kitchen floor.

I used to scrub the kitchen floor weekly back when I had free time. That would be before we had children. :0 Now, we sweep it whenever it needs it, which is usually daily, and the scrubbing comes only when we have time for such a thing. It's not as often as we'd like.

"Well. This morning I found...mouse droppings on the floor."

*cue Tiffany having a heart attack*

"But we've never seen a mouse here!" *thinks desperately* "The ceiling! They must have come from the crawl space!"

The crawl space is immediately above the hole. See, I'm a brainiac, always thinkin'. ;-)

"Could a mouse fit through one of those slats?!"

I go right over and investigate with my evil eye.

"They're not that small."

Mike is always the voice of reason in these conversations.

"All right, well, I bet they were in the crawl space at some point and this is just ancient stuff falling through the cracks. Did the droppings look old?!"

Now I want Mike to be an expert on the dating and historicity of mouse droppings.

"I guess so. I don't know for sure though. Let's just keep a close eye out. I already checked the cupboards and pantry."

The second part of this interaction involved Mike going outside to chip ice off of our roof, since we had more melting up there causing further water to drip into the kitchen. A joy a minute, right?  The chipping caused vibrations throughout the kitchenish area, which resulted in an assortment of CRAP *stuff* to fall down from the crawl space onto the kitchen floor. I had the kids watching Peppa Pig for about an hour so that I could deal with the cleanup on the inside as poor Mike chipped away on the outside.

The joys of homeownership, folks, Doesn't it make you ache to get right out there and invest in a 100 year old house?!

So that was our official feast of the Epiphany. We made it, we're in crisis mode, we're dealing with it as best we can. Although, the *actual* feast of the Epiphany is today, January 6th. This is sort of like a feast day weekend. It's like birthdays after you're 30! Once I turn 40 I'm having an entire birthday WEEK, I don't care. You gotta have something to look forward to when the number is no longer to your liking.

But I digress. I'm doing my best with everything, we have a lot on our plate coming up. I will be keeping you posted every step along the way. :0 In the mean time, happy feast of the Epiphany! How was your Mass experience this weekend? Leave me a comment!