A few Kindle deals for my fiction fans!

I've been very book happy since our chat last week during Tea Time. Sam alerted me to a title that I had mentioned that went on sale for Kindle, and that led me down a whole rabbit hole of other titles that I've been coveting that were also marked down. And so I'm sharing this wealth with all of you! Kindle deals can be either long or fast, one never knows, so if you see a title that you'd like, download ASAP! Consider this you very own Inspired Reads list for today, Catholic Librarian style. ;-)

I talked extensively during Tea Time about the cozy mystery series that are being turned into movies over at Hallmark Movies and Mysteries. One of these is Joanne Fluke's Murder She Baked series, and Chocolate Chip Cookie Murder (Hannah Swensen series book 1), is on sale for Kindle today for $1.99! 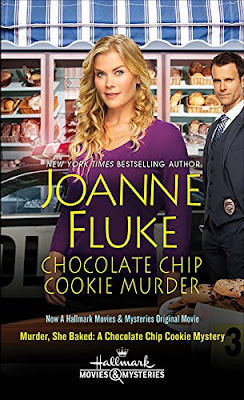 I downloaded this one forthwith. 😇 Here's our quick description:

"Hannah already has her hands full trying to dodge her mother's attempts to marry her off while running The Cookie Jar, Lake Eden's most popular bakery. But once Ron LaSalle, the beloved delivery man from the Cozy Cow Dairy, is found murdered behind her bakery with Hannah's famous Chocolate Chip Crunchies scattered around him, her life just can't get any worse. Determined not to let her cookies get a bad reputation, she sets out to track down a killer. But if she doesn't watch her back, Hannah's sweet life may get burned to a crisp."


This is something else I mentioned in last week's Tea Time, though sadly this one isn't on sale. After a little librarian sleuthing of my own, I discovered that the Garage Sale Mysteries are in fact books! 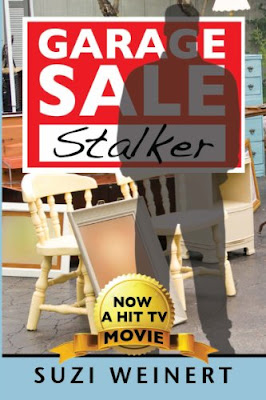 First book is called Garage Sale Stalker, and here is our short intro:

"Jennifer Shannon lives in secure, affluent McLean, Virginia, where she stumbles into danger lurking in places she thought absolutely safe. Her passion for weekend treasure hunting at local garage and estate sales pulls her into a twisted world of crimes, child abuse and murder.

When Jennifer is forced to match wits with an antagonist bent on revenge, her family's safety and her own desperate situation hinge on her intelligence and resourcefulness."

All right, so the rest of these are books that have been resting on my Amazon shopping list for some time, and when I remember to check it, Amazon will bold price decreases. Here's what I discovered today:

Love Inspired Suspense A Match Made in Alaska (Alaskan Grooms series), dropped from $4.99 down to $3.99. 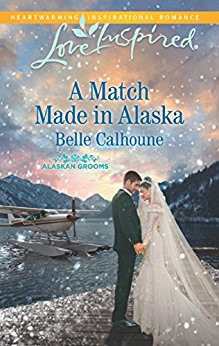 I have a real weakness for this Love Inspired Suspense line. These are wholesome, inspirational romances, and I love exotic (to me) domestic settings like Alaska. The heroine is a librarian in this one! I may have downloaded it. *halo*

"Librarian Annie Murray hoped participating in Love, Alaska's "Operation Love" would lead to finding a rugged bachelor to call her own.  But as her flight crash lands before reaching herdestination, she finds herself alone with her pilot, Declan O'Rourke.Annie's met charmers like Declan before--now she wants a man ofsubstance.  Forced to survive with him in the snowy wilderness, Anniediscovers Declan's depth--and he begins to see the shy librarian's heart of gold.  But once back in town, outside sources threaten their bond.It'll take all the bravery they had in the wild for Annie and Declan tofind love in small-town Alaska."


We looked at Ellen Carsta's The Secret Healer last year for our summer book club, potentially. This is historical fiction, featuring a midwife storyline. Marked down to $1 for Kindle, but free for Prime members! 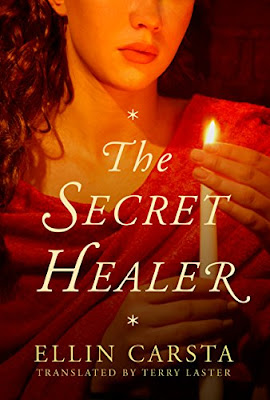 "In the fourteenth century, opportunities for women are limited to the home. But spirited young Madlen finds her calling as assistant to the city’s trusted midwife, Clara. Working alongside Clara, Madlen develops a surprisingly soothing technique and quickly becomes a talented healer.

After Clara’s tragic death, Madlen alone rushes to assist the birth of a local nobleman’s child. But rather than the joy of birth, Madlen walks into an accusation of murder and witchcraft because of her extraordinary gifts. Forced to flee her own town, she establishes a new identity in the home of her aunt. Yet even though it endangers her life, she cannot resist the urge to help the sick patients who seek out her miraculous treatment. When she meets handsome Johannes—an investigator hired by the Church to bring her to justice for sacrilegious acts—she becomes drawn to the very man who could destroy her.
Will Madlen’s gifts bring about her downfall? Or can love and reason prevail in a time of fearful superstition?" 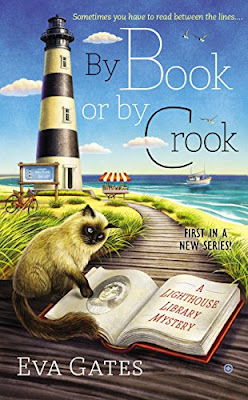 "For ten years Lucy has enjoyed her job poring over rare tomes of literature for the Harvard Library, but she has not enjoyed the demands of her family’s social whorl or her sort-of-engagement to the staid son of her father’s law partner. But when her ten-year relationship implodes, Lucy realizes that the plot of her life is in need of a serious rewrite.

Calling on her aunt Ellen, Lucy hopes that a little fun in the Outer Banks sun—and some confections from her cousin Josie’s bakery—will help clear her head. But her retreat quickly turns into an unexpected opportunity when Aunt Ellen gets her involved in the lighthouse library tucked away on Bodie Island.

Lucy is thrilled to land a librarian job in her favorite place in the world. But when a priceless first edition Jane Austen novel is stolen and the chair of the library board is murdered, Lucy suddenly finds herself ensnared in a real-life mystery—and she’s not so sure there’s going to be a happy ending...."

Librarians AND lighthouses? Boom. Done. On my Kindle.

Finally, we have the Men of Lancaster County series by Mindy Starns Clark and Susan Meissner. I've read Mindy Starns Clark mysteries before, and have LOVED them. This entire 3 book series has been marked down to $2.99 per book! The first book is The Amish Groom. 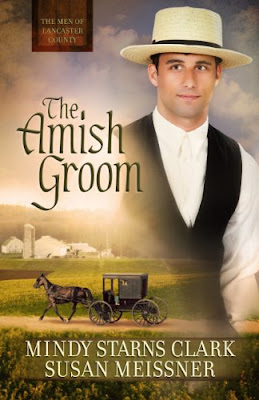 "New from bestselling authors Mindy Starns Clark and Susan Meissner, The Amish Groom (Book 1 in The Men of Lancaster County series) explores the men of an Amish community in Lancaster County, how their Amish beliefs play out in their unique roles, and the women who change their lives.


Born to an ex-Amish mother and an Englisch father, 23-year-old Tyler Anderson was raised as a military kid until the age of 6, when his mom passed away. His dad, shipping off to yet another overseas post, placed Tyler in the care of his Amish grandparents, an arrangement that was supposed to be temporary. It lasted a lifetime.

Rachel Hoeck is the young woman waiting for Tyler’s proposal. She senses that though he loves her and wishes to make a commitment to her and his Amish beliefs, part of him still wonders whether an Amish lifestyle is truly for him.

When an opportunity to connect with his father unexpectedly arises, a visit to California causes Tyler to question everything, including a future with Rachel. Will the new girl in his life, Lark, cause him to remain in the Englisch world? Or will he choose to be an Amish groom after all?"

You can get the entire series right now for $8.99, when originally these were close to $10 per book. Tempting, very tempting...

Are you downloading any of these titles? Tell me all about it!
Posted by Tiffany at 2:15 PM