Is there such a thing as too much dance excitement? A tale of exciting anxiety :0

Well, I'm here to tell you that there is. 😂 This week, I think we need wine instead of hot cocoa, but whatever your preference, settle in for a chat! 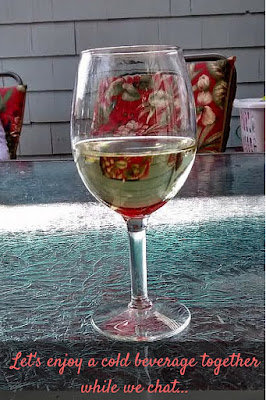 My mind has been all a whirl for quite some time now. There have been so many changes, as I've spoken of recently. And more are to come, as Henry starts high school this fall, Mike will begin a new teaching position, and even my own teaching responsibilities will look somewhat different next semester due to changes in the way our program will be administered. It's just a lot to deal with for someone who is quite averse to change. :-0

And then there's dance changes. Dance has been a constant in my life for just over 10 years now, and it was a staple in my childhood as well. It's something that has given me stability in my active life, and inspiration in my creative life. Those two things have grown over the most recent 3-5 years, for sure. I've kept on tackling new challenges in dance, and it has been the best thing that I have ever done.

I remember when I was in the beginner class thinking that all of the people who performed at haflas were so brave, that I could never do that. Well. 😳

I did that, and it was a downright BIG DEAL, performing with my class for the very first time. That's a HARD thing to do, I think back on it so fondly when I see new students at the studio getting the jitters about this, because I so completely understand. To be sure, I STILL get performance jitters before dancing. As in, major ones. But we'll come back to that.

So, first I took the leap and began performing with my class at haflas. Then I moved up to the troupe, and it was a given that I would perform more with them, since they perform at festivals and other events. At that point, that was a pretty seamless and natural transition. Also, right around that same time, I tried something ELSE I swore I'd never do: I performed a solo. THAT was a really huge milestone, if I'm being honest. That was one of the hardest things I've ever done in dance; to look out and see everybody waiting for you to start, because, you know, it's just YOU out there and they're all. Looking. At. YOU.

It was scary, for a shy person, it must be said. But I did it. That was one of my proudest dance moments. I did a solo at every hafla after that, and I remember each of them. But that first one holds a special place in my heart.

After a few years, I got my first pro restaurant gig, and I have to say, that was a pretty scary leap too. 😂 And my pro experiences built up pretty slowly, so in-between those gigs it was like I was starting from scratch, sick to my stomach before each event and/or New Year's Eve. But I made it, and I got better at it, and I was proud.

And then, well. I did something a little crazy. I entered a dance competition.

I'm not really sure why I did that. :-0 Well, my mentors encouraged me to, and this particular one is fairly local to us, AND the first stage involved simply filming and entering a video. Pshaw, I said. A video? I can do that. Well.

It's not as easy as it sounds. :-0 And you all know me, I'm an improvisational dancer. I LOVE to improvise, I'm good at it, and I feel comfortable doing it. What I'm NOT good at is creating choreography, and that's what I needed to do for this video. I mean, I *suppose* you could improvise in this situation, but that didn't strike me as a good idea for a competition. You want to assure that you showcase a range of movements and musical expressions, and with improvisation, you never know what the heck is going to happen. You may plan certain parts of it, to fit specific spots in the music, but in the moment, you may or may not remember to do those things. At least if my improv experience is any indication. It makes for beautiful, emotive, dancing, but in this particular case, it didn't seem to be the right fit. So I chose music and started a choreography. 5 months later...

I finished and filmed the video. 😂 For 3 minutes of choreography, yes, it took me 5 months. Because I kept changing and fine tuning things, and then I wanted to work on my technique and expression within the choreography. That took a lot out of me, I tell you. :-0 This was HARD! Really, really hard. And then the filming itself.

My teacher helped me to film the video. She has better equipment then I have, and offered up the studio as a nice big spot to film. This was fantastic, especially since the alternative was my small living room. We filmed 3 takes, and they went as follows:

Take 1: Went well, but I was nervous and stiffer in my execution.

Take 2: I'm all relaxed and into it. My favorite take by far. Figuring I'll use this one.

Take 3: I'm all sweaty and exhausted, and the adrenaline is starting to wear off. But I film one more just in case. I have a memory lapse towards the end, and forget a movement, but keep going. No matter, because I'm not using that one anyway.

A few days later, I look at the takes:

Take 2: Approximately 25 seconds into the 3 minute video, a thick portion of hair sticks to the sweat on my forehead and lodges there quite noticeably. All glamour, all the time, over here. I figure the hair flips and such I have coming up will fix that, but NOPE. It stays there for the entire.rest.of.the.song. Crap!

Take 3: I'm sweaty. But clearly more relaxed. There's that mistake at the end that doesn't look noticeable to the outside observer, but *I* notice it and it's bugging me. Now what?!

This was all very stressful, I tell you. Sure, I could re-film, but my teacher had warned me about this phenomena: when you care about your art, there comes a point after which, when you have to ability to keep trying, you'll never be happy with it. You care so much that you always feel that it can be better. But at a certain point you have to call it enough. And that's where I was at. Plus, I did not want to inconvenience my teacher to take time out of her busy schedule to film me again. So I did the only sensible thing:

I roped my long suffering husband into moving the carpet and furniture out of our small living room so that I could do another take there. :-0

That was an amusing morning, it must be said. Me in a belly dance costume at 8 am, Mike rolling up an area rug and wedging the coffee table into our hallway. And both of us rigging up my small iPad mini to try and film. The things we'll do for love. Well.

The experience was worthwhile, but I didn't end up using that video. The picture and sound quality were just so much lower, and though we tried to control the natural light, it was still reflecting in at a bad angle and washing me out on one side of the room. I was glad that I had tried, because it made me feel like I had at least exhausted every possibility. And in comparing the videos, it made me appreciate the studio videos anew.

So what did I end up picking? Take 3, of course. I had a few friends watch them, and my teachers, and all picked Take 3 as their favorite. So I submitted that one and tried not to obsess about it. That was the end of May.

In June: Well OK, I obsessed a *little*, but I really think I kept it reigned in pretty well. :-0

Then on Monday, I got word: I was chosen as a finalist in my category. And I now have to perform live in September for the final round of the competition.

And this is the point at which we circle back to the performance jitters issue. WHAT ON EARTH WAS I THINKING?! Now I have to go perform in a competition and I'm scared to death! 😂 Why do I torture myself this way?!

Because if we don't challenge ourselves, we won't grow. And if we don't grow, our art will die. When we grow, we are alive. And that's a good, good feeling, even if it's mixed with nausea. ;-)

The process of working on the choreography, and working to improve my dance within it, was more beneficial than I could have possibly realized. And even if nothing more comes of it than the stage I'm at right now (which is to say, I don't achieve a placing finish in the final competition, and of course, this is a very likely scenario given that all of the dancers at this level are extremely talented!) I'm so glad that I did this. I'm continuing to challenge and trying to improve myself, and that's an excellent thing. Plus, this business of me being a finalist in a competition is staying on my dance Instagram profile for all time and eternity. :-0

So, this summer will be dedicated to working on my choreography again. Your video submission earns you judges' comments, and they are SO HELPFUL, I can't even begin to tell you. So I'll be working on technique and a few small changes. In the end, all I can do is work to showcase my personal best. I'm going into September with no expectations beyond trying to achieve that.

Honestly, though. I cannot believe I went through with this. :-0 Don't get me wrong, I'm so glad for it! But this is nerve wracking. I hope that I feel really, really alive in late September. 😂

How do you continue to challenge yourself in the things you love? I'd love to hear about it in the comments!
Posted by Tiffany at 10:40 AM