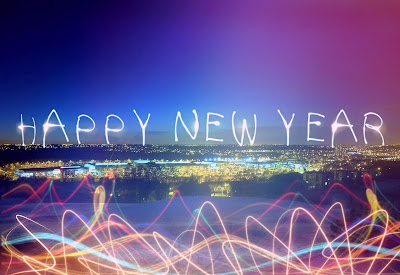 Some calendar nerdiness this week, enjoy! 😎

Happy September eveyone, and happy new liturgical year to those in the Byzantine rite! 😀 I'm used to the Latin Rite changing of the Church year being a fully new liturgical season with Advent, and that's not the case in the Eastern Church. There's a definite Happy New Year vibe, but the rotation of the liturgical weeks just chugs along as it organically does, and September 1st will fall where it may. This year, we're at the Thirteenth Week after Pentecost, horray! Most (all? still looking into this) of the Byzantine rite uses the Gregorian calendar to set the date of Easter, from which so much of the rest of the liturgical calendar ebbs and flows, and this is the same as the Western Church. Our Eastern Orthodox friends use the Julian calendar, and that's why the date for Easter is oftentimes different between their tradition and ours (but occasionally it syncs up, which is lovely!).

I did a little research (as I am wont to do 🤓) and this being the Thirteenth Sunday after Pentecost syncs up with the old traditional calendar that the Western Church used to use (in the modern Latin rite this past Sunday was the Twenty Third Sunday in Ordinary Time). There are some differences between East and West still in terms of calendar feasts (there is no Ash Wednesday in the Eastern tradition, for instance, but we'll come back to that early next year!), but those in both rites that follow the traditional calendar that is used in the Catholic Extraordinary Form count the weeks from Pentecost in this fashion. Does any of this make sense as I am hoping it does? 😂 I find calendar research so fascinating, but I may be in the minority on this one!

Our first Sunday in our Year of Byzantine rite Study dawned rainy, which we were actually glad for since we had just planted a yard full of grass seed! We had our front and back porches replaced this summer, and the construction equipment tore up both sections of the yard quite badly. So we felt blessed by the rain!

It also dawned with quite a surprise: Mike casually mentioning to me that he would like to attend Divine Liturgy with us. So we attended Divine Liturgy as a full family together for the very first time!

It was very lovely. Anne and I lit a candle after liturgy for my mom, who hadn't been feeling well, and everyone congregated outside the worship space, curious about Mike. So he got some handshakes and greetings all around, and everyone chatted for a bit, including Father. Now that he's been initiated, I'm certain that Mike will be asked after each and every week. 😁 Asking about his impressions after we were back in the car, Mike reported in enjoying the liturgy, and said that he would be back. He's not a weekly church goer, but I'm very encouraged by his interest here! It was a definite blessing as we began our new year. 💗