"What are *you* looking at? Haven't you ever seen a head piece made out of pom poms before?!" Adventures in workshop gala shows...

Well, I'm back from my little adventure in Toronto, and somehow dragging myself through the week despite getting only about 10 hours of sleep over the course of the entire weekend. :0 It was one of those stretches wherein you know that many years from now, when your grandkids ask you to tell them a fun story about adventurous things you did when you were young (or, ah hem, YOUNGER), this particular event will come to mind, because it is the type of situation wherein you build memories. This is wonderful. The only disadvantage is that when it's 5 am and you're wide awake in panic mode wondering if you remembered to pack all of the pieces of your costume, knowing that you have a 2 hour drive, 4 hours of workshops, and a 2 hour gala show that you're performing in, ahead of you, well...that kind of stinks. 😂

Saturday, in particular, was a very long day, and about a quarter of the way through the second workshop (on Golden Era technique and styling 😍)I was beginning to wonder if I was going to in fact make it all the way through without falling asleep in a corner. The first technique workshop was AMAZING (and this dancer teaching the workshops, Shahrzad, an American dancer who lives in Cairo is *phenomenal*) and I was super jazzed, shimmying my little heart out. Then the second workshop hit, and I faded a bit, thinking: "it's ok, I can do it!" Then I realized that I could do it, but maybe not particularly WELL, I just had to try and stay awake and do what I could.

Later, back at the hotel, as the 4 of us readied for the gala show, the restroom was consumed by our makeup and hair rituals, false eyelashes being applied with much bravery. Brandy, Claire and I were performing as a trio in a Saidi piece. Saidi is a very specific style within Middle Eastern dance (Saidi is often referred to as a folkloric dance, but Shahrzad explained why she does *not* consider female dancers performing Saidi to be traditional folklore, and I learned so much from her!) and it has it's own distinctive movements and costuming. When Westerners hear the words "belly dance" they are expecting a certain thing, and Saidi is not that thing. However, belly dancers perform Saidi as part of their repertoire within Middle Eastern dance. See how much fascinating stuff there is to learn, and why I love it so much?! 😀

So we have this SUPER upbeat and fun Saidi choreography planned, and our costuming was created by Claire to emulate Cairo style Saidi. Here is the enormously talented Vanessa of Cairo (who is renowned for her Saidi dance) in a costume that ours was modeled on: 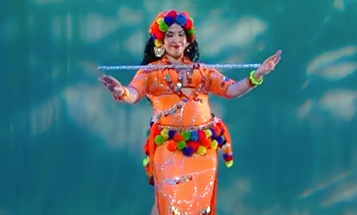 Saidi is usually performed in a long sleeved gown like Vanessa is wearing. And yes, this particular style within Saidi embellishes the costume with pom poms on the hips and head. :0

We of course wear coverups over our costumes when we are not performing, but let's just say that when the 4 of us walked down through the hotel lobby and then out onto the sidewalk to await our Uber driver...we received a lot of stares. 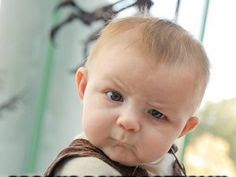 Without any sort of context of who we were and where we were going, the pom poms just made people think that we may have lost our minds. But I mean, really. This was downtown Toronto. They've never seen anything stranger than a gaggle of women in hot pink mumus and pom pom headbands? I ask you! 😂

We got to our venue, and then waited. And waited. And waited, for the show to start. They were running behind, which we totally get, but exhaustion was definitely more than taking root at that point. We made it, however. Our Saidi went great (although I actually bounced one of my gigantic earrings right out of my ear while I danced :0), and I got a huge thrill out of seeing Shahrzad perform live. It was wonderful. But to say that we booked it back to our hotel so that we could leap into bed and get some much needed sleep was a huge understatement. 😂

Sunday we had 2 more workshops, and then the drive back home. It was all worth it, but home sweet home! How was your weekend, dear reader? What's happening for you this fall? Next week, we're back to a little crafting!
Posted by Tiffany at 3:41 PM