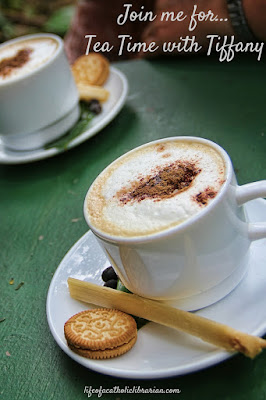 So I've been thinking about the Tea Time podcast. Summer is quickly approaching, and I plan to have a season during the stretch of Ordinary Time leading up to the fall. My preliminary thought is that it would start after the feast of Corpus Christi, so the week of June 4th, and would air weekly in both video and audio forms.

I've experimented with a few different things on Tea Time, and have enjoyed all of them for different reasons. As you all know, Tea Time started as a weekly vlog, and then moved to an audio podcast option as well, which I think was a crucial and necessary change to involve as many community members as possible.  Everyone has their format preference, and this accommodates all of them. I tried having different segments on the show, and I think all of them were quite pleasant. Eventually, I had to move away from it being weekly, because I simply couldn't keep up with it, and that's when I came up with the seasonal idea. Although my show will never have a large listenership as a result, that wasn't going to happen anyway, so what the heck, right? :0 So now, Tea Time airs weekly during Advent, Lent, and a portion of what I call "Summer Ordinary Time."

During Advent, the shows were longer, between 20 and 30 minutes, and I incorporated in the book club. Although that worked out fine, not everybody participates in the book club, so I switched things up for Lent. I kept the podcast to under 10 minutes, and had a theme every week. Moving forward into the summer, I think that is the format I'd like to retain. The shorter shows, and with a specific theme each week, rather than any sort of segments. It worked out very well for Lent, and all of the feedback I received was positive, for both video and audio folks.

So here's where you all come in: what sort of themes should I be focusing on? For Lent, obviously I picked Lenten themes. For the summer, the world is our oyster. :) Catholic themes? Maybe specific devotions or Marian themes? Saints? They are a great interest of mine, to be sure. Or, general life themes? Family, dance, creativity and inspiration? The nice thing is, every summer can have a different focus. So all suggested ideas will get used at some point!

Please offer your suggestions in the comments!
Posted by Tiffany at 9:29 AM