We're getting closer to Gaudete/rose candle Sunday! It's our third installment in our weekly series for Advent: 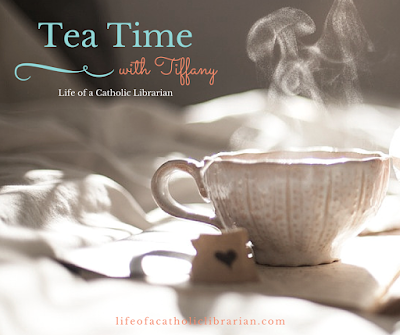 Today I gab about how our Advent is going, Christmas baking and traditions, and of course lots of book club talk. Join me!

**To subscribe to the audio version of Tea Time with Tiffany, just search for it in iTunes or use this link to subscribe via Feedburner in your podcatcher of choice. Intro music is "Feelin' Good" from http://www.purple-planet.com

Items mentioned in this episode:


Whoa. Now I *really* want to go back and read the entire series! Next week we finish up and read Chapters 4 and 5! Let me know your thoughts on Chapter 3 below, or over in the thread on our Facebook group!
Posted by Tiffany at 9:51 AM